Home > Scoop > Singing from the heart 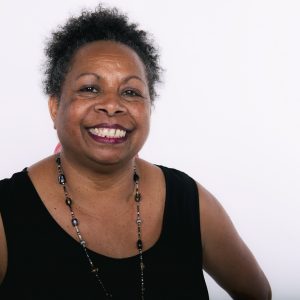 Singing from the heart

Attendees at UnitingWomen 2018 were spellbound by an impromptu performance of a song in the Meriam language from the Eastern Torres Strait following one of the Friday workshops.

Led by Ruth Ghee, a dozen or so Uniting Church women from across Australia sang the haunting harmonies and performed the actions they had learnt at the “Singing our past and our future” workshop.

Ruth is a Torres Strait (Mer) and Kabi Kabi woman in the performing arts, music and entertainment industry, with a special passion for reviving Indigenous languages.

“I feel a responsibility in maintaining languages as our fluent speakers are disappearing, and I use the performing arts as the stage for that. The East Torres Strait language has not even 200 speakers now,” said Ruth.

“For me, when I do teach songs it’s more about storytelling. Our kids today, Indigenous kids, a lot of them don’t know the history and the language. To teach them a song in their language … it touches their soul, their spirit, that’s why they walk away saying ‘Wow!’.”

Ruth grew up listening to her father’s people sing.

“It was almost as though they all knew each other’s harmony, and where they were in the harmony and what part to sing; and it sounded like an awesome choir.”

Christian influences are woven into much of the music of the Torres Strait, the result of the London Missionary Society missionaries who came to the islands in 1871.

“We are probably the only Indigenous people in Australia who celebrate the Coming of the Light, remembering the missionaries, every year on 1 July,” said Ruth.