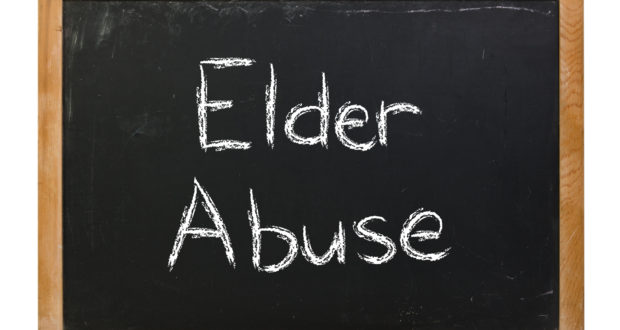 This will have momentous consequences

The Government has decided to terminate the income support of many people seeking asylum waiting for their applications for refugee status to be determined. This will be rolled out in coming months.

The result of this decision will be an unprecedented crisis in south-east Queensland, particularly regarding safe housing. There will be hundreds of families and individuals without money for rent, medical attention, medications, food and other essentials. Churches must now begin to consider every possible way to provide accommodation: pay rent on a weekly basis; free up church property; a caravan in people’s backyards or church yard; find people willing to share their house. Please contact Sue Hutchinson.

Elder abuse is a global social issue which affects the health and human rights of millions of older persons around the world, and an issue which deserves the attention of the international community.

UnitingCare Queensland has an Elder Abuse Prevention Unit with excellent information for seniors and those surrounding them. This includes information in multiple languages and specific information for people from culturally and linguistically diverse communities.

Running from Sunday 17 June to Saturday 23 June, this week brings our focus onto people arriving in Australia as refugees, as well as people seeking asylum. The Uniting Church has had a lot to say over the years about government policy.

The Refugee Council of Australia has a number of fantastic resources available online for Refugee Week.

In Brisbane there will be a Brisbane World Refugee Day Protest on Friday 22 June in King George Square from 5-7pm.

The NDIS and Queensland

The roll out of the National Disability Insurance scheme has been delayed, with fewer than 60 per cent of eligible people likely to be in the programme by July 2019. This is going to cost the Queensland government a lot of money.

There have been many reports of problems with the NDIS. The Uniting Church is part the Queensland Community Alliance, and we are involved in advocacy to the government about these issues. If you personally, or your family member or friend have a story about trying to access disability support, please contact Sue Hutchinson, Research and Policy Officer at the Queensland Synod on 3377 9774 or by email.

Good news for the bush!

The Federal Government has announced funding to support the mental health of farmers, miners and Aboriginal and Torres Strait Islander peoples in rural and remote areas.

Mr Marshall, who is also the state’s Aboriginal Affairs Minister, has axed the former Labor government’s treaty policy, leaving Victoria and the Northern Territory as the only jurisdictions actively pursuing treaties with Indigenous groups.

Marine plastics are a major focus of the world’s most powerful industrial countries at the G7 summit this weekend in Canada as global concern mounts about the billions of tonnes being dumped into oceans every year.

By 2050 it is estimated there will be more plastic than fish by weight in the world’s oceans.

Uniting’s Social Justice Forum (SJF) in NSW/ACT has an initiative – Give Hope – which advocates for a more compassionate, respectful and humanitarian response to people seeking asylum.

Their new action, which applies to Queensland just as much as NSW, is to Meet with your MP to say #WeCanDoBetter. This is critical work and you are urged to take part. SJF has provided resources to help you speak confidently and powerfully to your MP. Organise a group of you to go together.