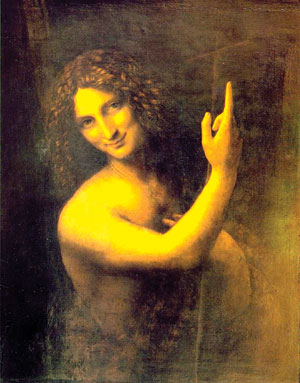 THE ISSUE of sexual orientation and leadership in the Uniting Church will be with us for some time and it hardly needs to be said that this is an issue that generates high levels of emotion and distress.
When we are worked up, it becomes very difficult to keep the channels of communication open. Anger can be a useful emotion. It can fire us to engage in constructive action for change.

If we don’t feel strongly about something, it’s unlikely that we’ll do anything about it.

But we also know that anger can be destructive. When we’re worked up it’s much more likely that we’ll launch a personal attack or make a comment calculated to annoy.

So what are some guiding principles to help us keep talking constructively despite our strong feelings?
Maintain an attitude of respect for the other person.

I have an acquaintance who I admire in many respects. He holds tightly to his convictions. He cares deeply about his values and does everything he can to advance them.

I’ve observed, though, that when he can’t convince the other person he gets really angry and things turn ugly. It is as though his conversation partner ceases being a person and becomes a thing for moulding to his point of view.

If we really believe that all people are made in the image of God, we will treat others as persons and not as objects to be shaped by us.

Let the other person know that you are hearing them.

If I’m not interested in hearing my conversation partner, dialogue is impossible. Martin Buber, philosopher and deeply religious Jew, said that “inclusion” is essential if I really want to hear the other.
That is, I need to include myself in her inner universe – in her way of thinking, her assumptions, her values.

The only way that I know whether or not I am really connecting with the other person is to feed back to her in my own words what I think she is saying. “You seem to be saying that…”

Focus on the values behind the views expressed.

Sometimes we react to the particular view that is expressed (for or against the ordination of practicing homosexuals) without taking the trouble to ask about the values behind the view.

When I get in touch with the guiding principles that shape the view of the other person I may see him in a different light. If I can respect his values, I have a basis for dialogue.

Christ’s exhortation to love one another becomes particularly challenging when there is a lot at stake and emotions run high.

One significant test of Christian love is whether or not we are prepared to maintain the disciplines of genuine dialogue when the heat is on.

Rev Dr Neil Pembroke is Lecturer in Pastoral Studies at the School of History, Philosophy, Religion, and Classics at the University of Queensland

St John the Baptist was painted by Leonardo da Vinci around 1513-1516 with oil on wood. It was his last painting and is now housed in the Louvre in Paris. The work shows John the Baptist dressed in animal skins with long curly hair and smiling enigmatically in a similar manner to Leonardo’s famous Mona Lisa. In his left hand he holds a reed cross and his right hand points up toward heaven. Some believe the cross and skins were added at a later date by another painter.

Some art critics see this work as imbued with homoerotic overtones while most acknowledge that John’s appearance is at the least androgynous. John certainly appears soft and feminine if not gender-ambiguous.

Photo : ST JOHN THE BAPTIST was painted by Leonardo da Vinci around 1513-1516 with oil on wood. It was his last painting and is now housed in the Louvre in Paris.