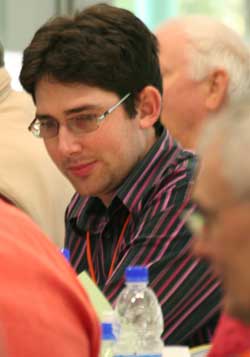 The Queensland Synod has made a commitment to reducing the its greenhouse gas emissions.

In a decision this morning the Queensland Synod of the Uniting Church moved to act in response to the threat of climate change.

In recognising the threat climate change poses to our nation and the world, the Queensland Synod has committed itself to reducing greenhouse gas emissions.

It requested all congregations to undertake energy audits of their property. The Synod Office of the Uniting Church will also be subject to an energy audit.

It also encouraged members to undertake energy audits of their own homes and encouraged people to use “green power”.

It also asked all those who are responsible for property in the Synod to seek ways of minimising greenhouse gas emissions.

Synod members were reminded of the Uniting Church’s foundational statements, which in 1977 declared it would “urge the wise use of energy, the protection of the environment and the replenishment of the earth’s resources”.

In passing this proposal, members also noted the Assembly statement on climate change which says, “The Uniting Church regards climate change as a serious threat to the future and integrity of life on earth.”

Following the passing of this proposal, the Justice spokesperson Mr Andrew Johnson said, “This is a significant proposal. The Church has often confessed what we believe about God’s earth; today we committed action to protect it for future generations.”

Plans are already in place to implement this proposal including training seminars around the Synod, an education package and even a practical guide for every member on how to audit their own energy usage.

Mr Johnson said, “We look forward to reporting to next Synod on the significant progress we have made and call on all levels of government to respond to this critical global issue.”