Ministers reflect on 30 years of the Uniting Church 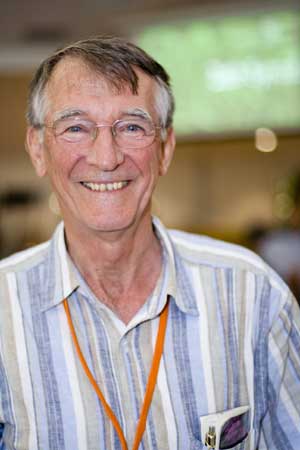 Retired Minister Rev Barbara Bailey told a Convocation of Ministers from the Queensland Synod that having sat though innumerable meeting she believed the Uniting Church was over-governed and over-controlled.

Mrs Bailey was one of a number of ministers who addressed a Convocation of Ministry called by the Moderator Rev Dr David Pitman prior to the 26th meeting of the Queensland Synod.

Congregational ministers, pastors, chaplains and youth workers from across the state gathered to reflect on the Uniting Church as it approaches its 30th anniversary celebrations.

Three retired ministers and three young ministers shared their hopes and dreams for the Uniting Church in Australia with the gathered Convocation.

Rev Evan Stenlake who had come out of retirement to take an appointment as Presbytery Minister for the Presbytery of the Downs was one of those who addressed the Convocation.

“I believed that the Uniting Church in Australia was going to be a movement in mission and reconciliation,” he said.

As a former Presbyterian Mrs Bailey said she had dreamed of celebrating the sacrament of Holy Communion more often and where “ministers would wear fresh white albs instead of black cassocks”.

“I dreamed there would be inclusiveness in this new church, that old and young, men and women, disabled and those of differing creeds and ethnic backgrounds would be welcome.

“As a church we have had the courage to tackle the tough question of sexuality, have blazed a train for a Child Safe Church, been serious about handling matters of sexual misconduct and, organisationally, we have connected with our community.”

Part of the Convocation was a pre-synod party where ministers gathered socially, were presented with Synod Survival Packs and were entertained by a very amateur, “golden oldies”, ad hoc band, The Pacemakers.