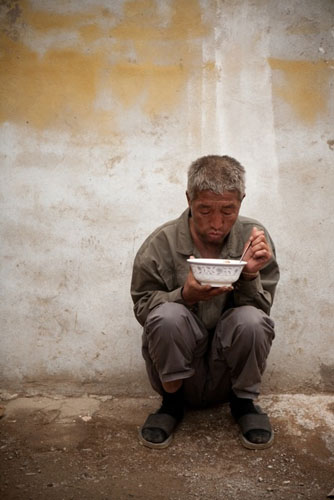 TENS of thousands of people have been left homeless and starvation once again threatens the people of North Korea after heavy flooding this month.

A United Nations Team visiting the area has reported 88 people killed and is assessing the damage with a view to developing an aid plan.

North Korea remains one of the world's most closed societies.

UnitingWorld's Rev John Barr, who is just back from a visit to Korea where he met with the Uniting Church in Australia's partner in North Korea, the Byul Bit Foundation, says the situation in many parts of North Korea is grim.

"We heard reports of children scouring the countryside, looking for anything green that can be boiled up and eaten," he said.

"The threat of starvation is so great that people resort to eating grass."

Last year the UN estimated that almost 6 million people required urgent assistance with food to avoid famine, and that almost a third of children under the age of 5 showed significant signs of malnutrition.

In their weakened state, people are highly susceptible to tuberculosis, which is fatal when left untreated.

North Korea has one of the highest rates of tuberculosis infection in the world.

The Uniting Church in Australia, in partnership with local organisations and at the request of the North Korean government, is working to provide healthcare, accommodation for orphaned children, nursing training and food relief.

To find out how to support this project through UnitingWorld, visit www.unitingworld.org.au/nevertoofar