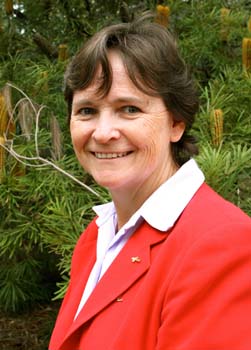 DURING ITS seventh triennial Forum, held in July, the National Council of Churches in Australia (NCCA) announced it will continue to add its voice to the call for an end to Israel’s occupation of Palestine and condemning all acts of terrorism.

“It is hoped that such actions will liberate the people from an experience of injustice to one where a just and definitive peace may be reached,” she said.

Israel and Palestine’s right to exist within secure internationally recognised borders was affirmed in a motion moved by the Uniting Church and seconded by the Anglican Church.

The motion noted that there must be an early end to the occupation of Palestine through freely and peacefully negotiated solutions in accordance with international law and United Nations resolutions.

“The NCCA welcomes the easing of the Israeli blockade of Gaza in recent days and calls for an immediate end to the blockade,” said Ms Curlewis.

“The NCCA will stand in solidarity with the people of Palestine and act for an end to the injustice and suffering borne by the people”.

Ms Curlewis will convey the resolutions to the Prime Minister, the Minister for Foreign Affairs, members of Federal Parliament, the Executive Council of Australian Jewry and the Australian Federation of Islamic Councils, amongst other interest groups.

The NCCA’s aid agency, Act for Peace, will continue to encourage churches around Australia to assist ongoing actions on the boycott and support advocacy initiatives calling for a just peace as all parties work toward an end to the conflict.