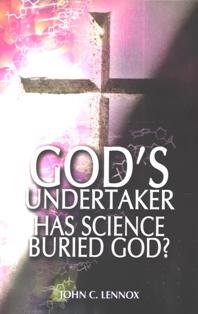 In this clear and concise book, John Lennox seeks to put to rest what is often an unchallenged assumption in our secular age: that atheism is the only intellectually viable option in the light of the success of modern science.

He argues, instead, that rather than burying God, science bears witness to the universe as God’s creation, stamped with the mark of its designer.

Lennox begins by exposing the modern myth of a conflict between science and the monotheistic religions. Indeed, one can argue that, historically speaking, Christianity was an important catalyst in the rise of modern science

The real debate is rather between different worldviews: atheistic (or naturalistic) versus theistic.

Because it is about worldview and interpretation, the debate it not about the results of legitimate science (such as the universe being about 13.7 billion years old). Neither is it something that science can directly and unambiguously resolve.

However, Lennox argues that science is capable of providing clues, or indirect evidence, about what kind of origin the world has.

For Lennox , there are a number of factors that make a theistic interpretation (such as what Christianity offers) the best explanation for the ultimate origin of the universe.

Another is the incredible fine-tuning of the universe at the subatomic level, which allows stars, planets, atoms and organic molecules to exist as stable structures.

If the fundamental constants of physics are varied even the tiniest amount, the result would be a very boring universe incapable of supporting life.

This fine-tuning is also revealed in the biological realm, in the organic chemistry that gives DNA and its supporting structures their self-replicating and information-carrying capacity that is essential for life.

At this point, Lennox could stop, with an "agree to disagree" attitude towards his non-believing scientist colleagues.

However, he goes further (into dangerous territory, as he himself admits), arguing that if you dispassionately analyse the evidence thrown up by science you cannot escape the conclusion that there is an intelligence at work behind (and in) the universe. Living things are simply too irreducibly complex and their DNA too information-rich to have arisen entirely naturalistically (via continuous evolution).

Lennox brings his expertise as a mathematician to support his argument, so it goes well beyond Paley’s (much maligned) watchmaker analogy.

And against the charge the he is advancing yet another God-of-the-gaps approach, Lennox argues that it is actually our current knowledge of physics, genetics and biology, rather than the lack of it, that provides evidence for the university having a designer.

Whether you are convinced by Lennox ‘s case or not, you get an appreciation for how much of an article of faith is atheism and the naturalistic worldview that supports it.

: Has Science Buried God? would be a good introduction for those wanting to know more about the dialogue between science and religion.

Lennox is able to articulate the implications of physics and biology without glossing over the complexity of the disciplines.

God’s Undertaker is also delightfully full of apt quotations from scientists and writers on both sides of the debate. 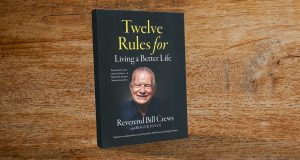