Home > Culture > Keeping your eye on the tiger 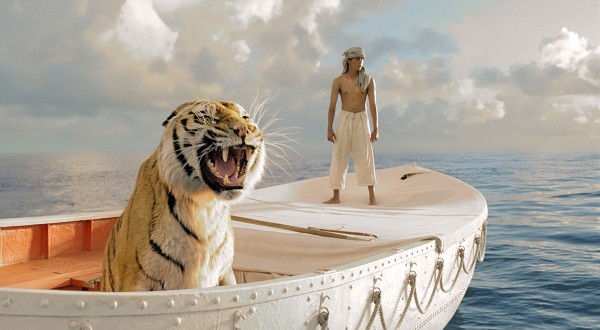 Keeping your eye on the tiger

This is a story that will make you believe in God. At least, that is the hope of the fi lm Life of Pi, based on the 2002 Man Booker Prize-winning novel of the same name by Canadian author Yann Martel.

The story is a feast of imagination that captures the wonders of creation and explores the nature of faith when fighting for survival. Life of Pi follows the experience of Pi, a young spiritual seeker who experiences God through many different forms. When the Indian boy’s family moves their zoo from Pondicherry to Canada the ship sinks, leaving a small group of survivors: the lost and grieving Pi, a zebra with a broken leg, a hyena, a sorrowful orangutan and Richard Parker, a 450lb Royal Bengal tiger. The author has summarised the tale in three sentences: Life is a story. You can choose your story.

A story with God is the better story.

The story shows the wonder and beauty of several religions, perhaps naïvely. Pi’s father warns him to focus on one thing, lest he end up blindly following everything. He chooses survival. Pi’s spiritual cocktail is a metaphor for tolerance. This is also reflected in the difficult coexistence of a terrified boy and a hungry tiger. While this relationship is based on survival and dominance, Pi’s respect for this stunning, deadly animal is clear. It is his fear of Richard Parker that ultimately saves Pi.

It took two-time Academy Award winning director Ang Lee (Brokeback Mountain and Crouching Tiger, Hidden Dragon) four years to translate this literary masterpiece into a cinematic one. Remaining quite faithful to the book, Lee’s audience becomes an omnipresent observer, unable to protect Pi from nature. With this film, Lee creates a new cinematic world. Watching it in 3D is like seeing The Wizard of Oz turn to colour for the first time. Some minor changes in the film make the story more accessible, but less focused on spirituality.

Whether Pi’s story is metaphor, hallucination or reality is not clear. It is that sense of mystery that captures the essence of the tale and even, perhaps, God. At some point you have to trust what you know in your heart. Jumping feet-first into the mystery is just the beginning.

Photo : Pi Patel (Suraj Sharma) and a Bengal tiger must rely on each other to survive an epic journey in Life of Pi. Source: Rhythm and Hues © Twentieth Century Fox Film Corporation 2012