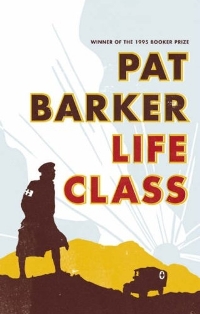 Pat Barker is the sovereign of restraint. Her latest novel is a vivid book about artists and lovers in a time of war. Set in the build-up to, and early years of, World War 1, Life Class describes the intriguing characters of Paul, Elinor and Kit, students at the Slade School of Fine Art in central London.

Barker explores the question asked by artists, writers and many creative workers: "how do I justify the interior life of creative expression when the exterior world is in turmoil and demanding of my participation?"

Paul resolves this, in the first instance, by becoming a volunteer ambulance driver in Belgium. He returns to his creative expression, but only after encountering the awfulness of war and the tenacious compassion of his Quaker colleague, Lewis.

Elinor deals with her wartime torment by supporting her friend, Catherine, whose German ancestry is unacceptable in English society.

Kit is the least integrated of the three, turning his demons into artistic brilliance but losing sight of his soul permanently.

The descriptions of London cafes, English country houses and the surreal and sacred wartime images of Ypres, in Belgium, are like detailed paintings.

But Barker keeps the story going, not over-indulging her freakish ability to capture images in a few words.

This is a fine book, which explains so many things about war, art and the objects of people’s affections.