Home > Culture > Recognising God in the whole of creation

Recognising God in the whole of creation 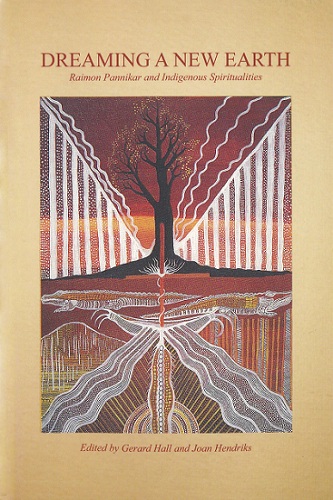 This is a book about indigenous spiritualities, with particular reference to Australia, Korea, Japan and New Zealand. It is a collection of articles, written by authors from around the world, that offer a strong affirmation of the integrity and authenticity of indigenous spiritualities and the way in which they gather up and interpret every dimension of life for those who are born into them.

We have come quite late in Australia to an appreciation of the deep, abiding spirituality of our own indigenous people, and the realisation of just how much harm was inflicted by those who sought to deprecate and suppress it in every way possible for nearly 200 years.

Anyone who still has doubts about just how badly indigenous people in this country were treated (and still are being treated in many respects) should read Richard Trudgen's book, Why Warriors Lie Down and Die, and the compelling Rainbow Spirit Theology, written by a group of Australian Christian Aboriginals.

The various contributions in Dreaming a New Earth are all informed by the work of Raimon Pannikar (1918-2010). His mother was a Spanish Catholic and his father an Indian Hindu.

He was a committed Christian, an ordained Roman Catholic priest, a theologian who wrote prolifically (more than 40 books and 400 journal articles) and he devoted most of his adult life to interfaith and intercultural dialogue.

Pannikar had a deep respect for indigenous spirituality.

Pannikar used the term "cosmotheandric" in order to argue that the reality we experience every day is comprised of three inter-related elements: the cosmic, the divine and the human.

He argued that we can think about each of these dimensions of reality individually, but we can't separate them without doing damage to the way in which that reality is experienced.

He was convinced that many in western thought endeavour to separate them for the purpose of study and discussion, but that indigenous spiritualities understand how they properly exist only in a vibrant unity with each other.

Pannikar was convinced that true spirituality takes seriously the presence of God in the whole of creation, the vital need to build community in the midst of diversity, and the individual search to discover meaning in life.

He found all three of these elements, alive and dynamically inter-related, in the indigenous spiritualities that he encountered through his work.

He was deeply respectful of the spirituality of indigenous Australians.

Anyone interested in indigenous spirituality will find this book interesting and provocative.

It also offers an introduction to one particular aspect of Pannikar's immense contribution to the field of religious studies and inter-religious conversation.