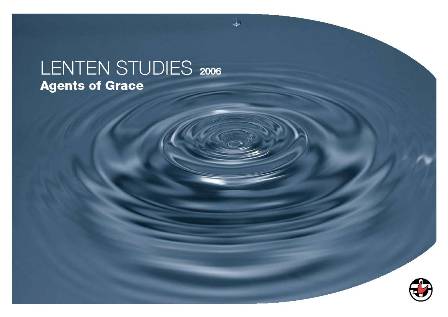 An all new series of Lenten resources is being offered from the Queensland Synod for use by congregations for group study and/or personal reflection during Lent or at some other time during the year.

The Agents of Grace resource is offered to Uniting Church congregations in Queensland as a four-page full colour "lift-out" in the March issue of Journey. They are copyright free for use in congregations and by groups.

Editor for the series Mr Bruce Mullan said that the theme Agents of Grace invites people to focus both on the nature of God and on their personal and corporate responsibility to be "Agents of Grace".

"The Agents of Grace sessions link some biblical texts, passages from the Uniting Church Basis of Union and other writings, with a series of questions designed to explore the subject of Grace."

Mr Mullan said there are some underlying assumptions in these five sessions about how God speaks to people.

"The Basis of Union acknowledges ‘that the Church has received the books of the Old and New Testaments as unique prophetic and apostolic testimony, in which it hears the Word of God and by which its faith and obedience are nourished and regulated’.

"If used in groups these sessions are designed in a way that does not necessitate a group having a leader."

Mr Mullan explained that Group members share in facilitating the conversation and encouraging all to participate in the discussions and grow as "Agents of Grace".