Home > Features > Corruption reopened: Twenty years after Fitzgerald, what have we learned?

Corruption reopened: Twenty years after Fitzgerald, what have we learned? 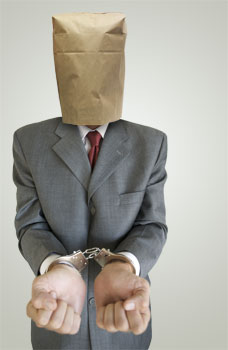 “A watershed in the history and culture of Queensland”. That how ethicist and retired Uniting Church minister Rev Dr Noel Preston describes the Fitzgerald Inquiry.

The judicial inquiry by Tony Fitzgerald QC found extensive political and police corruption in Queensland, and the Report went to Parliament twenty years ago this month, on 3 July 1989.

“Fitzgerald emerged at a pivotal time,” said Dr Preston. “His inquiry gave Queensland a chance to renew and rediscover democracy.

“We became a more tolerant and open society and all public institutions, not just the police force, were challenged to reform and become more accountable.”

The city of Brisbane was attempting to shed its big country town image, striving to become a sophisticated capital city. The 1982 Commonwealth Games and World Expo ’88 put Queensland on the map, partly the Bjelke-Peterson government’s doing.

At the time the Uniting Church was the ‘new kid on the block’ and Dr Preston said under the leadership of Prof Rollie Busch the church strove to fight injustice.

Church groups such Concerned Christians and Action for World Development flew the flag of protest and a theologically informed dissent during the 1970s and 1980s.

For many Christians standing up against a government that had banned public protest without a permit, ignored a wide range of human and civil rights, and labelled Christian dissidents as communists was a matter of personal morality.

They were interesting and tough times for a man who spent his life asking, “How would Jesus have gone about this?”

“It can be an exhausting business, because I’ve never found the escape clause where he accepted that near enough is good enough,” he said. “We who try it must never forget that the carpenter of Nazareth trod a rockier path among more hostile adversaries than we can even conceive.”

As a result, Mr Putland was accused of being “a religious teetotaller” who expected the Academy to be run to unattainable moral and ethical standards.

“Probably the harshest lesson … was that people with whom I worked, negotiated, advised, socialised, shared morning tea, jokes, and serious discussion, trusted (and I thought was trusted by) over a number of years were, quite simply, uncommon criminals.”

“It recognised the enormous impact that policing culture can have on the lives of those who are vulnerable, because they are young, Indigenous or homeless,” she said.

Dr Walsh said we currently find ourselves in a similar situation to that met by Fitzgerald 20 years ago.

“As Christians, it is our mandate to protect the alien, the fatherless and the widow.

“If we stand by, then how will we answer to our God?”