Home > Features > DaVinci not the code for Bible readers

DaVinci not the code for Bible readers 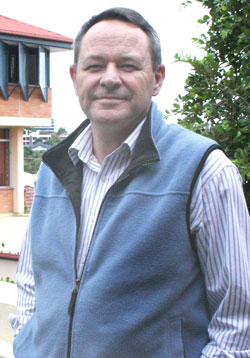 “The Bible is product of man, my dear. Not of God. The Bible did not fall magically from the clouds. Man created it as a historical record of tumultuous times…”

So declares Sir Leigh Teabing, the villain of Dan Brown’s gripping novel, The DaVinci Code. Like any fictional character, Teabing can play fast and loose with the truth.

Yet some of what he says is absolutely true: the Bible didn’t fall from the clouds and it did emerge through human discussion and debate. He is wrong, however, to suggest that it was created to establish a ‘record of tumultuous times’.

I can only speculate as to how Dan Brown might have incorporated a character who really did understand why the Bible was created. In the meantime, however, I will just have to make do with the Basis of Union.
Embedded in the Basis are four words which are theological code for what the Bible is and why and how it came to be: unique, prophetic, apostolic and testimony. Each of those words tells a story.

The framers of the Basis deliberately chose unique over ‘inspired’. They wanted to avoid endless debates about different theories of inspiration, and to make the more important point that in the midst of all God’s inspiring work throughout history, the Bible is uniquely where we hear the story which defines Christianity.

Prophetic is code for the Old Testament. Some early Christians disputed that Jesus’ God was the God of Israel, and encouraged the church to jettison the Old Testament. Combining the Old and New Testaments in one volume resolved these disputes.

The very existence of a two-volume Bible is a permanent reminder that Jesus was and is significant only because he was first interpreted as the Jewish messiah. Whenever he is re-interpreted as a generic ‘religious’ or ‘spiritual’ figure he is interpreted away.

Apostolic refers to the fact that from amongst all the early Christian literature, only that which was consistent with the first apostolic preaching was included in the New Testament.

This cannot be reduced to a heavy-handed bid for power; it was a theological statement about the radicalness of the Incarnation. Versions of Christianity had emerged which had begun to downplay Jesus’ death, overplay his resurrection and sit lightly to his humanity. “Apostolic” literature was the benchmark for rightly balancing these issues.

As testimony the Bible is not history, science, philosophy or myth. Still less is it a personal guide- or rule-book, or a political manifesto. Nor is it a ‘text’ as constructed by hermeneutical theorists.

It is testimony whose function is to keep the church focused on the person and events without which there would be no church.

Unique, prophetic, apostolic, testimony: four code words that tell us what the Bible is, even before a single verse is read.

Geoff Thompson is Academic Dean and Head of the Department of Systematic Theology at Trinity Theological College, Brisbane.