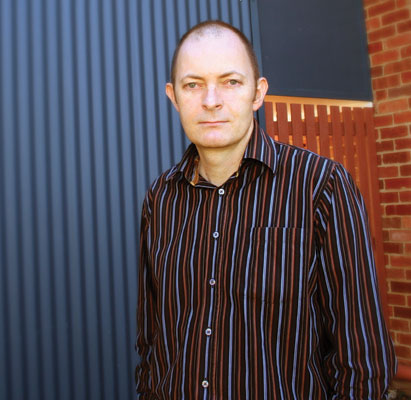 STEWARDSHIP comes in all shapes and sizes and the people who give their time and talents as stewards of the church’s finances take that responsibility very seriously.

The Queensland Synod’s Chief Financial Officer, Jim Barry, said stewardship comes down to the split between the missional aspect of the church and financial compliance.

“It’s almost a bit of a dichotomy that we get ourselves into where we try to join the two and then meet at the end of the financial year,” he said.

“It’s one of the very few times when the mission and finance actually meet, but people don’tsee the mission part of it; they just see the finance part.”

Mr Barry said that the missional aspect is having a snapshot of how your finances went during the year.

“It’s that one point where you verify your funds and your funds flow.

“I think from an intentional commitment point of view, Giving Direct is on the money.

"Once you lock into something like Giving Direct it’s there; you don’t have to worry about it.”

Mr Barry said programs such as Giving Direct take pressure of congregations when they think of their annual finances.

“If you’ve got a large component of your congregation with that intentional commitment, in essence they’ve locked that amount in.

“They can say we’ve got a pre-commitment of this amount, sowe know that we can spend that.”

Mr Barry hopes that in the future the Queensland Synod’s Finance and Property Services can be more connected at the congregational level.

“Sometimes there’s a bit of a disconnect, but there doesn’t need to be,” he said.

“At the moment we tinker on the advice side, not the actual provision of service.

"I think that in the future we could fill that void and ease the burden that’s placed on congregations and presbyteries. We are here to help.”

Bill Taege has been the treasurer at Aspley Uniting Church, in Brisbane, for the past 42 years. He said that Giving Direct has many advantages for congregations.

“Our members appear to give more consideration to their offering when it comes out of their account on a regular basis,” he said.

“Income under the Giving Direct program is regular and certain,” he said. “Giving Direct also reduces security issues in handling and banking substantial amounts of cash each week.”

Robert Packer, Director of the Queensland Synod’s Finance and Property Services, said God has provided everything we need (including gifts and talents) and expects us to use them wisely for the beneit of his kingdom.

“In Finance and Property Services we are asked to focus upon a smaller part of the Church’s assets: finance and property.

“While stewardship of these assets is extremely important to us, we mostly work in partnership with congregations, presbyteries, schools, agencies and other bodies to whom beneficial use has been given by the Church,” he said.

These groups are stewards of their property or assets, not owners of them.

“The true measure of our effective utilisation of finance and property is directly related to our ability to recognise that these assets were provided to beneit the Church as a whole,” said Mr Packer.

“This requires an active participation by all to recognise the things we should stop doing, do more of, or start doing withour resources to further God’s mission.”

For information or promotional material about Giving Direct contact the Synod office on 1300 655 653 or finance@ucaqld.com.au