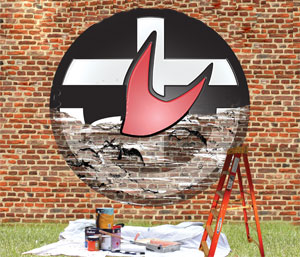 With the 11th National Assembly of the Uniting Church in Australia to be held in Brisbane in July, there is continuing speculation about the follow-up to the Resolution 84 decisions of 2003.

Queensland Moderator Rev Dr Pitman believes there is a way forward from the current impasse and is bringing a proposal to the 11th Assembly.

The proposal acknowledges the division in the church as a result of the 10th Assembly Resolution 84, but encourages ministers and members of the church to continue to engage in open and respectful dialogue.

Dr Pitman also proposes the establishment of a register of ministers and congregations unable to accept ministerial placements or candidacy of people in same sex relationships and frees them of any obligation to do so.

The proposal also encourages a system of networks similar to those recently established in the South Australian Synod to support congregations of similar theological, missional and social standpoints.

“I have also been personally encouraged in the past few months by conversations with a number of ministers in Queensland who hold to the conservative position on these matters but who have indicated very clearly that they are committed to the UCA and have no intention of leaving regardless of what the Assembly may decide,” said Dr Pitman.

The Moderator also referred to the outcomes of a national gathering of leaders from various migrant-ethnic communities.

“Notwithstanding their commitment to the ‘celibacy in singleness and faithfulness in marriage’ principle, their desire to remain in fellowship with the UCA, to live with diversity, and to stop debating the issue is very encouraging,” Dr Pitman said.

Since the Queensland Synod meeting in September 2005, Dr Pitman has met with representatives of The Reforming Alliance and EMU (Evangelical Members of the Uniting Church) with a view to trying to find a solution to the present impasse.

“They are very concerned about the impact any Assembly decision may have on their congregations. It is my belief, supported by most people I have talked with, that the next Assembly will not move from its present position in any significant way. This potentially creates a serious situation for many of the ministers and members of the Synod of Queensland.

“I believe I must do everything I can to avert another exodus in the second half of 2006 and in the process foster a renewed sense of unity, vision and purpose.”

“I think this proposal provides a constructive and positive way forward that preserves the unity of the church,” said Mr Arnett.

“I think David has responded wisely and compassionately to the real issues that exist in the synod. I feel quite excited that this is a possible way forward that may prevent the self destruction of congregations and presbyteries.”

Downs Presbytery Chair Rev Evan Stenlake has had discussions with a number of people in congregations who are on the edge of re-evaluating their membership in the Uniting Church and feels the proposal will get a mixed reaction.

“I don’t think the proposal would dissuade all the people who are thinking of leaving. It doesn’t go far enough for some people,” said Mr Stenlake.

Dr Pitman points to voting patterns since 1991 as evidence that there is a discernible movement in Queensland toward a more inclusive position and predicts that in the next 10 years, those presently in the majority may become the minority.

“It is imperative, therefore, as this process unfolds that we continue to uphold the position that we can live with diversity within the unity that we have in Christ, respecting the convictions that people hold with sincerity in the theological and biblical frameworks that inform and guide their faith and practice.

“The reason for involving the Assembly is that I can’t emphasise strongly enough how important it is for the Assembly to say and do something more than Resolution 84 achieves.

“This is not about drawing back from the position the Assembly has adopted but about the Assembly making a statement that frees those congregations from the feeling that they are under constant pressure from the rest of the church to accept what they cannot, in conscience, accept under any circumstances.”