Home > Features > The church needs you

The church needs you 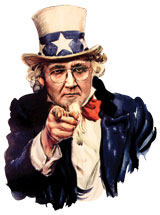 Faced with a rapidly increasing shortage of ordained ministers to serve in placements in Queensland, congregations and presbyteries are looking to retired ministers, specified lay ministers and untrained lay people to fill vacancies.

A greater number of ministers are achieving ordination late in life and not serving through to retirement. This situation has been described as grim.

This year six ordained ministers have retired from active ministry while only one new Minister of the Word has been ordained and these figures do not cover those who leave before retirement age to take up other work or non-congregational placement.

This is well above national estimates of “one ordained for every three retired" figures and is unsustainable for maintaining the supply of congregational ministers at current levels.

A recent survey of presbytery ministers across Queensland indicated there may currently be as many as 35 funded ministerial vacancies in Queensland that cannot be filled with ordained ministers.

Chairperson of the Future of Ministry Project Team Rev John Mavor has called the church to prayer on Sunday, 7 August which has been set aside as ‘Ministry Sunday’.

“We have a real and urgent need for people to offer themselves as candidates for the specified ministries and we need to encourage people to listen for the call of God," said Mr Mavor.

“The issue is particularly about encouraging younger people as the age at which candidates are completing their studies and being ordained has increased in recent years, with the average age at ordination now well over 40 years.

If we want to reach more young people we need to recruit younger ministers, who are usually more adventurous and creative, and younger families will more easily identify with them," he said.

The task group which reported to the 2002 synod, giving projections for the next fifteen years, identified reasons for the failure to recruit young people as candidates for the ministry including perceptions that ministry is too difficult, demanding and costly to personal and family health, and reluctance to commit to what was seen as a ’24/7 lifestyle’.

The situation is also critical for youth ministry and the recent Assembly Ministerial Education Commission Meeting reported that across Australia there is only one Specified Youth Worker candidate currently in training at a Uniting Church theological college.

Chairperson of the Queensland Ministerial Education Board Mrs Jenny Brecknell remains positive about turning this situation around.

“In the church the statistics don’t tell the whole story and although the task seems a little daunting we live by faith and God is always able to raise people up," said Mrs Brecknell.

“It is not just about individuals hearing a call but about someone putting a hand on their shoulder.

We need to do our bit by identifying individuals who can take up the call and to look for ways of keeping it in the forefront of people’s minds."