Home > Features > The ethics of giving

The ethics of giving 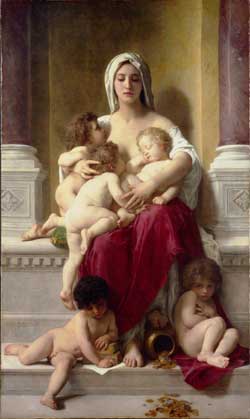 IN HIS book Beyond the Boundary, Christian ethicist Dr Noel Preston AM explains that the essence of love, and therefore charity, is deeper than we may realise.

“Perhaps the core of loving … is to understand the needs of another being and to be actively willing to meet those needs,” Dr Preston said.

Director of UnitingCare’s Centre for Social Justice Greg Mackay added that people who receive charity are often depicted in the media as victims or sufferers.

This inadvertently damages their dignity and status.

“We are influenced into seeing them the same way and then expect them to be that way,” he said.

“Out of our expectations, we interpret their behaviours as being consistent with our preconceived ideas.

“This then finally convinces us that our view is correct and this becomes a very destructive, persistent cycle of devaluation.”

Mr Mackay believes we interpret an act of charity differently, depending on the recipient.

“We extend a ‘helping hand’ to our friends but ‘charity’ is what we extend or give to people who are poor, oppressed, or otherwise marginalised,” he said.

“We use ‘charity’ to describe something we never wish to need ourselves.”

According to Mr Mackay, the negative meanings of charity need to be broken.

“These practices teach us to think that people who are poor and marginalised cannot help themselves,” he said.

“Such a view can lead us into a cycle of thinking, perceiving, and acting which is based on unhelpful and inaccurate stereotypes and assumptions.”

Mr Mackay said the best way to get out of such a cycle was to challenge our own perceptions of disadvantaged people.

“We can challenge ourselves about how accurate our ideas and perceptions are,” he said. “We might make the effort to meet people we would otherwise avoid.

“Get to know them and recognise their humanity which is just like yours and mine.”

Mr Mackay added that resources such as time, contacts, ideas, influences, and money could be valuable in assisting people in ways which do not reinforce negative views.

Dr Preston said the church has the opportunity to give charity with the right intentions. However, this is not always a simple exchange.

“The commitment of the Uniting Church and other agencies, as well as prophetic individuals, to act in this way will always be costly because charity is grounded in self-giving love,” he said.

“Keeping our action for social justice alive to the spirit of self-giving love is not easy.”

American Christian ethicist Reinhold Niebuhr agreed and said that justice that is not grounded in love “degenerates into something less than justice”.

Dr Preston said that as Christians, the passage from Micah 6:8 (To act justly, love tenderly, and walk humbly with God) needed to be embedded in the heart of all charity.

“We experience this challenge in our quest for social justice (for justice is the social expression of love),” he said.

“The call to love God and show this through loving our neighbour (and our enemies) is the central ethical injunction of the Gospel.”