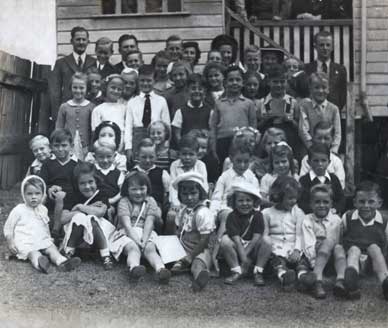 Soon after houses were built in the estate near Bowman Park and families moved into the area, the Methodist Church established a worshipping community in Bardon.

By February 1945 a Sunday School was meeting in the kiosk in Bowman Park and later in the year the Guide Hut in Cecil Road was the site of the first official Methodist Church service in Bardon.

The first property to be owned by the church was a small cottage in Simpsons Road next to a shop on the corner of Chiswick Road.

When that building and the army hut behind used by the Sunday School became too small, the current church in a prominent position on the corner of Simpsons Road and Leworthy Street was opened in 1958.

Folk who have been associated with the Bardon Methodist Church which later became the Bardon Uniting Church will gather for a celebration of over 60 years of participation in the Bardon Community on Sunday 24th August at 10.30am.

All who had an association with the church over the years are invited to attend what is expected to be a large gathering.

Many friendships will be renewed, stories told and photos shared.

The final service in the church will be held on the 31 August 2008.

Photo : Bardon Methodist Sunday School about 1947 in front of the old cottage church in Simpsons Road