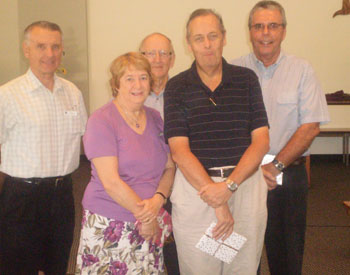 AFTER FORTY-TWO years of helping to create an environment of fun, friends and fellowship, the Camp Constable campsite at Mt Glorious has closed.

A service of recognition for the outgoing Camp Constable committee was held at The Gap Uniting Church on 13 February
to celebrate the many good times and achievements over the years.

In the 1960s the three congregations of Ashgrove Ave, Ashgrove West and The Gap had the vision to create a place where
people could gather together to learn, share and grow.

This vision came to fruition in 1968 with Camp Constable officially being opened.

Based on the efforts of many volunteers and a committed committee the camp site grew and hosted many people.

Rev Graham Johnson was a young Methodist minister in the Ashgrove Circuit when the camp site began.

He said people should be proud of what the camp has accomplished.

“Feel good about what you have achieved and about the great numbers of people who have been part of Camp Constable."