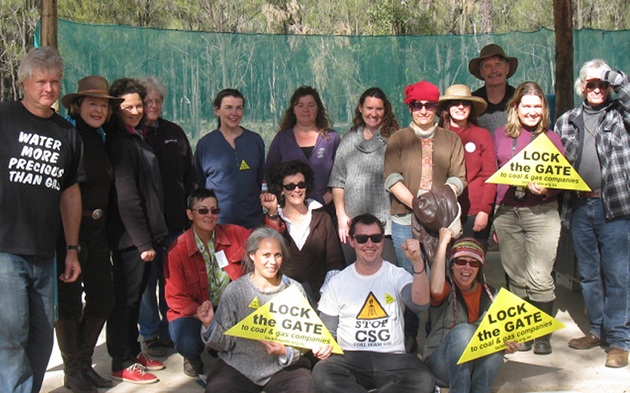 Mining touches the lives of rural people in a very different way to those in cities. Katie Lewis reports on an organisation bringing the two groups together.

Founder, Annette Hutchins, says she envisaged the Bridging the Divide project as playing a broad role in improving the wellbeing of all Australians through greater urban-rural understanding.

The project organises bus tours to areas touched by coal and coal seam gas mining such as Cameby, Wandoan, Tara, Rosewood, and Acland to provide an opportunity for people to see what is happening and hear people's stories.

With collaboration from professionals, academics, residents, farmers, and community groups Ms Hutchins has expanded the project to include facilitating, organising and fundraising for independent health and environmental testing programs in the Western Downs region.

Ms Hutchins hopes to extend the project to include other areas such as organising social and sporting events (urban-rural "mixers") and Expert Advice Resource (EAR) and buddy systems (professional support) between farmers and people with specialist skills in areas such as health, environmental science and law.

Arnold Rieck, Green Officer for Bremer Brisbane Presbytery and chair of the Rosewood Development Protection Organisation, says it is vital that people in the city should hear about what is happening in rural communities.

He says there are many coal developments west of Ipswich and across Queensland and the information doesn't always reach people in the cities.

As a Bridging the Divide tour guide for the Rosewood area, Mr Reick is passionate about mining issues.

"Our land is precious; we cannot afford to have open cut and coal seam gas mining in the South East corner," he says.

There are many Uniting Church members living in rural areas of Queensland who are being significantly impacted by mining.

Rev Brian Kickbusch, minister with the West Moreton Group (Fernvale-Lowood, Ipswich North, Haigslea, Rosewood and Walloon), says there is a real need for people in the Uniting Church to hear the voices and stories of those affected by the resources boom.

"Those who are affected need encouragement that the rest of the Uniting Church is standing with them," he said.