Home > Opinion > Could Spong be Uniting?

Could Spong be Uniting? 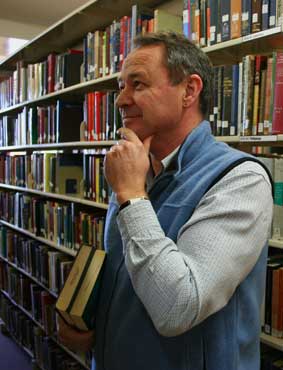 Journey asked Trinity College Director of Studies in Systematic Theology Rev Dr Geoff Thompson whether there is a place in the Uniting Church in Australia for the theology articulated by John Shelby Spong and championed by self-styled progressive Christians.

FOR MANY people, the Uniting Church is a natural home for this kind of theology. Why is this so?

After all, on the great doctrines of the faith, the Uniting Church’s stated positions are broadly orthodox.

Perhaps one reason is the Uniting Church in Australia’s explicit commitment to a scholarly faith.

Progressive Christians believe that a scholarly faith will gradually liberate itself from the shackles of orthodoxy with all its pre-modern beliefs and eventually give way to a progressive faith in harmony with the modern worldview.

The Uniting Church’s commitment to scholarship does not, however, point to this kind of logic.

For example, Spong’s writings give the impression that on the sorts of questions he is raising, the community of intellectually responsible and academically well-credentialled theologians speaks with one voice, supporting his. It doesn’t.

He also gives the impression that orthodoxy rests on a blunt belief in the supernatural, a rigid biblical literalism, and adherence to crass penal substitutionary theories of the atonement.

In the hands of many contemporary theologians, however, the narratives of Jesus’ life, death and resurrection, the high Christology of the creeds, and the doctrine of the Trinity are far more than remnants of a primitive world view.

They are being brought to life as the foundations of current developments in theology, ethics and spirituality.

For such scholars, orthodoxy is a resource, generated by the definitive claims of Christianity, for re-thinking reality outside the narrow limits imposed by modernity.

No less so than for fundamentalists, the Uniting Church will inevitably be a place of tension for progressive Christians.

Yet it is also a place where moving beyond the ‘radical’ and ‘controversial’, their ideas can enter into an intellectually responsible conversation between orthodoxy, scholarship and modernity.

This is the kind of theological conversation to which all of us in the Uniting Church are summoned.