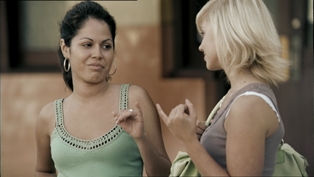 Uniting Church Queensland Synod Vision for Mission Advocate Rev Duncan Macleod has a personal investment in road safety. His 18 month old daughter was hit by a car and killed in 1992. The driver was traveling at ten kilometers over the speed limit.

It’s difficult to watch some of the commercials that show similar scenarios. The agony is all too familiar. But they remind me of the potential I have as a driver to be part of someone else’s nightmare.

I believe that road safety TV ads are only as effective as the conversations they start.

Here in Australia, state governments are pouring millions of dollars into telling the stories that will encourage drivers to consider the impact of their driving habits, speed, alcohol consumption, and use of mobile phones. Those stories provide us with opportunities for keeping each other accountable for how we drive.

Queensland Transport has led the way in advertising campaigns that demonstrate the grim reality of speed-related accidents. A man and his son speed through their suburb to get their gas bottle refilled in time for a barbecue. Tragically the car hits a woman pushing a pram. A woman and her son are delayed by a spillage in the supermarket car park. As she speeds to pick up her son from soccer, she hits a teenage girl crossing the road.

Victoria’s Transport Accident Commission has encouraged motorists to consider the difference five kilometers over the speed limit will make to road safety. Professor Ian Johnston, from Monash University’s Accident Research Centre, shows television viewers in slow motion just how hard it is to stop in time.

In New South Wales the Road and Traffic Authority aims to chang young driver behaviour by make speeding socially unacceptable. Their research suggests that young drivers in 2007 are increasingly de-sensitised to the images associated with shock horror campaigns.

The first TV ad in the RTA campaign shows a young man speeding through a built up area, hoping to impress his mates. Two young women on the pavement wave their little fingers, indicating their estimation of the size of his private parts.

The gesture is repeated by an older woman when the young man almost hits a pedestrian on a crossing.

The young man finally realises he’s blown it when his back seat passengers wave their pinkies.

It takes a village to raise a child. It takes a community to educate, mentor, and shape the way we drive.

Photo : Young women in a TV advertisement indicate what they think of a dangerous driver. Photo courtesy of the New South Wales the Road and Traffic Authority