Home > Opinion > How welcome are those who bring peace

How welcome are those who bring peace 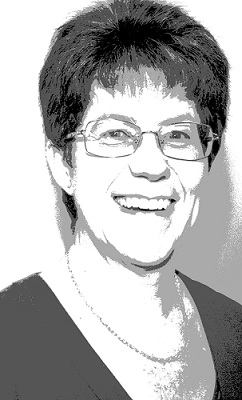 I visited Alex a few times after I had conducted his wife's funeral. He recalled being in school one hot afternoon in Rockhampton when a man came running through the grounds announcing, "The war is over! The war is over!" The man continued on his way, jumping over fences and running through back yards to let everyone know that the long dark night was over.

That was the Second World War, the one that followed the "war to end all wars".

From time to time I have sat in churches and read through the names on the honour rolls and looked at the stained-glass windows dedicated to the memory of the fallen.

Across Queensland there are all kinds of memorials — cenotaphs, community halls, churches, swimming pools and on the road between Brooweena and Woolooga, a bridge.

These constructions were small compensation to the communities that had farewelled their men yet they did serve as a reminder of the shocking loss and futility of war.

By the time the Uniting Church was formed in 1977 Australia had grown weary of military solutions to conflict.

In our Statement to the Nation we announced: "We pledge ourselves to hope and work for a nation whose goals are not guided by self-interest alone, but by concern for the welfare of all persons everywhere — the family of the One God — the God made known in Jesus of Nazareth, the One who gave His life for others."

In 1983 the Third Assembly passed a resolution on militarism and disarmament which began by acknowledging the crucified and risen Christ's call to Christians to be peacemakers; to save life, to heal and to love their neighbours.

The testing of nuclear weapons at that time plus the threat of nuclear war contributed to a deep concern about the potential for catastrophe.

Uniting Church members were urged to become educated about these issues and to participate in study groups to discuss alternative means for settling disputes.

Each time the Church made such resolutions it expressed support for the work of Defence Force chaplains and the men and women in the Defence Force.

As an Army Reserve chaplain I am proud to have been part of the history of the Royal Australian Army Chaplains Department but I suspect that at times military chaplains have walked a lonely path to do their duty.

Perhaps this is even more acute for those active Christians who have chosen a military career.

Whenever I sing the chorus based on Isaiah 52:7, about how welcome are the feet of those who bring good news and announce peace, I think of Alex, and I remember the relief of his community when the war was over.

I wonder how, as disciples of Jesus, we might equip ourselves to become brokers of peace in our families, our nation and even to the ends of the earth.