Home > Opinion > Journey asks Duncan Harrison: What have you appreciated about the Uniting Church?

Journey asks Duncan Harrison: What have you appreciated about the Uniting Church? 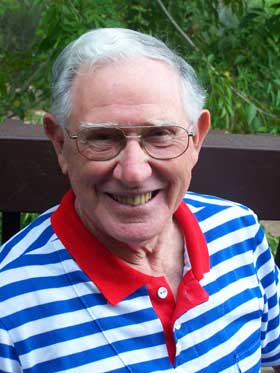 Singing songs of praise in the streets of Sydney… that’s what we did as we converged on the Town Hall on 22 June 1977 for the service of worship, thanksgiving and commitment that inaugurated the Uniting Church in Australia.

This was a never to be forgotten moment, a once in a lifetime event.

Joined by representatives of other communions and people from overseas churches, we celebrated not the “sticking together” of three ecclesiastical institutions, but what we believed God had been doing and would continue to do among this people.

To participate in some small way in the preparation for and ongoing life of this faith journey has been over more than 50 years an experience for which I am profoundly grateful.

As Andrew Dutney has put it, “It was like they’d had a vision”- not unlike that of the early Christians, that in the risen crucified Christ, God was bringing about nothing short of the reconciliation of the whole universe to himself; and we were called to be a small sign of that at the end of the 20th century and beyond.

Much prayer, listening, thought, discussion, and planning (and not a little controversy) occurred on the long and sometimes tortuous road, but the founding fathers and mothers forced us to grapple with the basic issues of the faith.

For no spiritual strategies that we work out will ever produce resurrection. Following Jesus doesn’t get us where we want to go; it gets us to where Jesus goes.

I value that we are still a pilgrim people trying never to lose sight of Jesus, his compassion and his obedience.

I rejoice that every member is seen to have gifts and graces from the Holy Spirit as we are nourished by word and Sacrament day-by-day, and that we try to express this through “waiting on God’s word” and listening to each other.

Waiting and listening are not easy in our world but the fellowship of other stumbling and sometimes confused sisters and brothers helps as we try to hear his “Follow Me”.

We are still together and still singing!

Duncan Harrison was the Moderator of the Queensland Synod in 1980 and 1981 and served as the second General Secretary from 1983 until 1989.