Home > Opinion > Journey asks Henry Swindon: What have you appreciated about the Uniting Church?

Journey asks Henry Swindon: What have you appreciated about the Uniting Church? 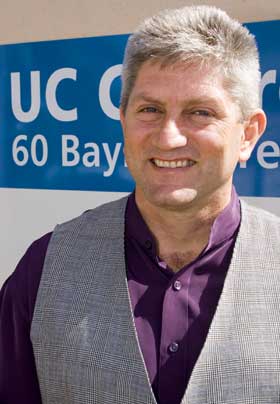 I migrated to Australia from South Africa and took up a placement as Minister of the Word at Indooroopilly in January 2003.

Now in my fifth year, I have come to appreciate many things about the Uniting Church in Australia.

I appreciate the hospitality that welcomes the stranger – we were warmly accepted and embraced as a new family to the country and church.

I appreciate the Uniting Church declaring itself to be a multi-cultural church, where all cultures are given equal recognition and dignity.

This is an important step in moving beyond our Anglo-Celtic roots to becoming a truly indigenous church in a modern multi-cultural Australia.

I appreciate the willingness to accommodate a broad spectrum of theologies and opinions.

We don’t all have to be of the same mind to be one in Christ!

I like the Uniting Church’s openness to ecumenical and inter-faith dialogue and co-operation.

I appreciate the “jigsaw puzzle” model of governance which is not hierarchical and controlling, but horizontal and collaborative.

I like our connexional structure which is a healthy safeguard against becoming inward-looking and insular.

I like our commitment to the wider community through our health and community service organisations.

I like the fact that “every member ministry” is taken seriously.

I like the intentional way in which the specified ministries on our church councils are balanced by equal numbers of lay representatives.

I like the way the role of women in leadership is recognised and affirmed.

I appreciate the way the Basis of Union speaks of the centrality of Jesus Christ as the Word of God and of the Church as a pilgrim people, always on the way towards a promised goal.

This anchors us in a personal faith that is dynamic and future-oriented.

Lastly, I like the fact there is a lot to appreciate about the Uniting Church in Australia!

Henry Swindon is minister at the Indooroopilly Uniting Church congregation in Brisbane.