Home > Opinion > Journey asks John Woodley: As a Christian why did you choose to be involved in politics?

Journey asks John Woodley: As a Christian why did you choose to be involved in politics? 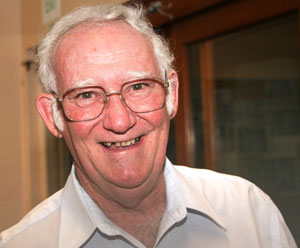 During my time as a Senator there were two contradictory questions/comments frequently asked by Christians. One was, “What is a nice clergyman like you doing in a place like that?” and “I am glad you are in politics. We need more Christians in Parliament.”

Both of these well-intentioned statements reveal a lack of knowledge of political processes and of the gospel. The first question assumes that there are places which may corrupt a clergyman if they go there or belief in the old adage: “Religion and politics should not be mixed.”

In fact, religion and politics have always “mixed”, because both are about how life should be lived and to omit either is to be concerned about only half of life. As for the danger of corruption, didn’t Jesus risk his reputation constantly by choosing to be with sinners and outcasts?

The second statement assumes that Christians in Parliament will be able to make a difference as Christians. In my experience the party-political system in Australia is so controlling that this takes precedence over every other loyalty, that is, except for questions of personal and sexual morality. On these questions parliamentarians, sometimes, are allowed a “conscience vote”, as in the current debate about the drug RU486.

This reinforces the belief in the media and community that questions of sexual and personal morality are the only ones Christians are interested in. I should add that, overwhelmingly, these were the questions which drew the most violent response from Christians who contacted me.

The tragedy is that these questions are of relatively less importance in comparison to questions of social and economic justice in the Scriptures. For Christians to be involved in politics gives them the opportunity to raise the major questions addressed in the Gospels – the gap between rich and poor, exclusive, suffocating legalism, racism, the plight of refugees, and questions of war and peace, to name a few.