Home > Opinion > Journey asks Josie Nottle: What have you appreciated about the Uniting Church?

Journey asks Josie Nottle: What have you appreciated about the Uniting Church? 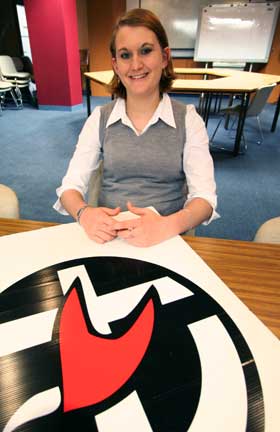 I was baptised into the Uniting Church as an infant and as I grew up I was blissfully unaware of its history.

I grew up naive to the distinctions between denominations.

I had a strong sense of all Christians being united through Christ. This was never the explicit teaching but was the vibe I received and because of this I never really understood why denominations existed.

Although this is probably connected to my specific experience it has become, over time, what I have appreciated most about the Uniting Church.

To me, the Uniting Church, or at least the parts I have been exposed to, have focused more on what we have in common than what we differ on.

This sits nicely with me and has enabled me the freedom to explore my faith.

Around the time I completed year twelve I began a search; I searched for God and a reason to have faith.

A part of this journey of questioning prompted me to visit many different churches; a range of denominations both in Australia and the U.S.A.

In this time, I was exposed to many different styles and ways of expressing faith and understanding God.

When I returned from America with a fresh understanding of who I was and who God was, I returned to my local Uniting Church, the one I had been a member of for my entire life.

It was an odd feeling; I felt as though I returned home.

The vibe of acceptance, inclusion and unity were evident once again.

These things are three of the many things I appreciate about the Uniting Church.

And these three things have enabled me to carry on exploring my faith in God as I have continued to grow.

Josie Nottle is candidate for the Specified Ministry of Youth Worker and a member of the Aspley Uniting Church congregation.