Journey Asks Marguerite Chapman: How has road trauma impacted on your faith journey? 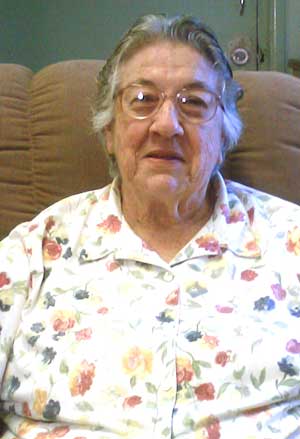 On Sunday 28 November 1993 while driving to Giru to conduct the 9.30am worship servce I was involved in a vehicle accident.

I was told that the engine came through the firewall – whatever that means – and the driver’s door had to be cut open to release me.

I was initially attended to in Ayr but within 24 hours I was taken to Wesley-Parkhaven Hospital in Townsville for orthopaedic surgery.

Considerable damage was done to my lower legs and I was originally given the option of amputation.

My G.P. thought that I would be confined to a wheelchair but after some time on crutches and a wheeled walker by August 1994, by then using a walking stick, I began to drive again.

Presbytery people and the hospital chaplain called in on a daily basis while I was there and on my return to Ayr Hospital I experienced God’s call and love in unusual yet special ways.

Staff queried the contents of devotional books left on the top of my locker and I was able to share with them.

One evening a nurse came and asked me to share with her because it was the first time she had a death on a shift while she was in charge. We talked and prayed.

A couple of ladies from our congregation (I didn’t know them very well) visited regularly and we shared faith stories.

A few years later I sat with one of them and her family while she died and was able to tell them things about her faith journey that she hadn’t shared with them.

When I left hospital at the end of 14 weeks I started preaching again. A suitable stool was bought so that I had no excuse. I couldn’t have stood long enough.

Although I’m never free of pain I believe that I received God’s healing touch – I have never been bitter about the accident, I’ve never said, “Why me?” and I’m accepted by the handicapped and frail as one of them.

Some of them have actually said, “I know you understand how I feel”. My walking stick has opened doors into hearts.

Because of my handicap my type of ministry is different to what I had envisaged in early 1993, however when God calls he also equips. Praise him!

As I reflect on what my life has become I affirm that there is nothing – no pain or ministry task – that the team of God and Marguerite can’t manage.

Marguerite Chapman is a member of the Ayr congregation and a former Chairperson of the North Queensland Presbytery. At the age of 78 she still works for 12 hours each week helping out in the Church Office