Home > Opinion > Journey asks Stan Collard: As a Christian why did you choose to be involved in politics?

Journey asks Stan Collard: As a Christian why did you choose to be involved in politics? 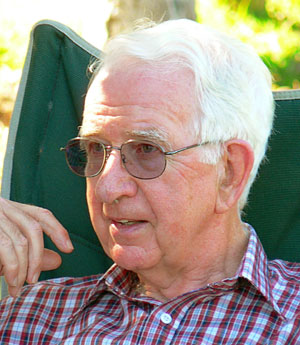 At the precise moment Journey phoned me about writing this, I was reading The meaning of Jesus – Two Visions by Marcus J. Borg and N. T. Wright and had just read Marcus Borg’s section What was Jesus up to: Social Prophet in which he talks of the domination system that prevailed and had prevailed on and off since the Jews enslavement in Egypt and of the plight of the marginalised in Jewish society.

Jesus was critical of the domination system of his day and at the same time related to the marginalised. He was comfortable with the common people and tried to ease their burden, relieve them of their bondage, although his methodology then as now was largely misunderstood.

This leads me to the word altruism. I would suggest that most people who go into politics do so to a greater or lesser extent from a sense of altruism, where one can be in a situation to have a say, to achieve things, to better society.  Fortunately in our western democracy that opportunity is widely available. The “domination system” is not entrenched with any one group of people.

And then there was the home environment. My parents were Christians, farmers, and they involved themselves in community activities. Dad was a Methodist local preacher and active in agri-politics as well as organisational politics. This was the atmosphere in which I grew up.
But it’s not enough to live in that situation; eventually one has to decide on certain directions for oneself. Thus I became involved in public life which included church committees, politics and the union movement.

Therefore when an opportunity to preselect for a Senate position arose my sense of altruism as well as the Christian ethos which I had embraced “kicked in” and I decided to have a go!

Stan Collard was a Senator for Queensland 1976 to 1987 and is currently a lay preacher in the Uniting Church.