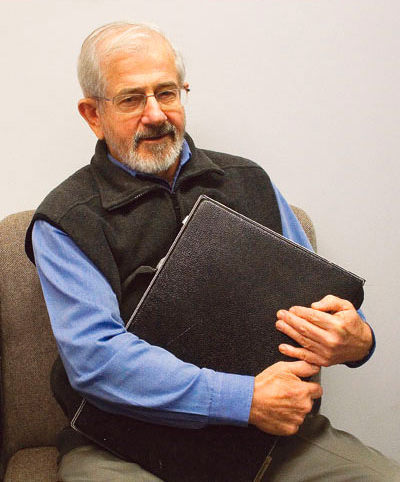 They are both offspring of prejudice generated by the human fear of difference.

Related to such basic aspects of humanity – our sexual and racial identity – they are capable of stimulating deep anxieties.

Homophobia in particular is often reinforced by ideological and religious justifications which only serve to amplify the irrationality with which they are vehemently practised and defended.

Happily, as repeated polls demonstrate, most Australians (including some religious leaders) have moved past these discriminatory attitudes while the laws which legitimated them have largely been removed by our parliaments.

However, as recent parliamentary debates in Brisbane and Canberra have shown, when it comes to marriage equality (or so-called gay marriage) there is still one bridge too far.

In the federal sphere this is a direct consequence of Opposition leader Tony Abbott's refusal to allow his members a conscience vote on the question, thereby demonstrating his disdain for the liberal philosophy his political party claimed as its founding doctrine.

Meanwhile, Queensland's new premier has been forced to compromise with factions of his huge LNP majority.

As a result, homosexual couples may be "registered relationships", but the state will not sanction the ceremonies that seal their commitments.

In a related move, and in a ridiculously discriminatory way, the Queensland Attorney-General is amending Queensland's surrogacy legislation.

(Whatever one's view on surrogacy there can be no question that the proposed action of the LNP government is discriminatory, for the intention is to remove all partnerships, other than those of legally recognised heterosexual couples, from eligibility for legalised surrogacy.)

As ever, leading the charge to save us from the social ravages of faithful, life-committed same-sex marriages are certain Christians and their conservative churches.

This time, however, the case is not overtly about the cruelty of zero tolerance to those of different sexual orientation.

Rather, the cruelty is cloaked by the question of "defining marriage." Marriage, they say, is only for a man and a woman (or have I omitted the qualifier, "heterosexual"?). On the basis of questionable belief and religious ethics – for there are many Christians and people of other religions who support gay marriage – they demand that our parliaments in our secular democracy protect their minority view.

Personally, I find a disturbing deja vu in all this.

At the height of the Joh (Bjelke-Petersen) days, I was a young Methodist minister attached to the church adjacent to King George Square in the heart of Brisbane's CBD.

On Monday 18 June 18 1973, Queensland's daily The Courier-Mail carried a prominent page-three story quoting me under the banner, "Cleric tips 'blessing' for man marriages".

In no uncertain terms, I learnt that I had crossed a forbidden boundary.

My actions were the subject of censure motions in church councils, while the President of the Methodist Conference wrote to The Courier-Mail assuring readers that my views were not those of the church.

Altogether, the conflict damaged me personally – but also gave me a profound sense of the hurt gay and lesbian people experienced on a daily basis.

I first made the statement which generated The Courier-Mail story to a public forum on sexuality that I had organised as part of a series on public issues. I probably never would have entered the debate that evening except for the fact that one of our panellists, Ian George, then Dean of St John's Cathedral (later Archbishop of Adelaide) had to leave early to conduct Evensong.

In his place, I took a question from the audience about gay marriage that triggered The Courier-Mail reporter's interest. I later gave the following considered statement to the newspaper.

Society is being forced to rethink its expectations of marriage.

This may lead to different forms of marriage.

Likewise the Church must redefine what it means by Christian marriage.

In as much as the spiritual dimension of marriage is a matter of faithful, loving relationships open to the love of God, the church will have to face the possibility of conveying its blessing on homosexual partnerships where persons intend a faithful and loving commitment under God.

Subsequently I wrote a paper, partly as an offering to my critics, but chiefly to defend and clarify my own views.

I cited credible, scientific and theological scholarship to show how ridiculous and prejudicial is the view that homosexuality itself is a sinful state.

On "homosexual marriage" I wrote at the time: The homosexual person does not have the benefit of living within a supporting order that is informed by a traditional ethos such as that of the institution of marriage. If homosexuality is not necessarily a sin and if it is possible for two persons to have a faithful, permanent homosexual partnership open to the love of God, then doesn't the church have to face the possibility of recognising their union in God's sight?

But the debate goes on – in the church at least.

I never cease to be amazed at the preoccupation with sexuality as a defining characteristic of the Christian way of life.

As a retired minister of the Uniting Church I am saddened at the lack of compassion evident in organised campaigns in the name of Christ on this matter.

Life has taught me that sexuality is an area that must be approached with compassion.

We cannot be who we are, nor can we collaborate to build liveable communities without keeping our passions alive.

However, an unbridled, undisciplined expression of passion can be destructive.

Furthermore, our sexual passion is most vulnerable to the human capacity for self-deception, a fact that those who are judgmental in this domain would do well to remember, and a fact that is borne out in the widespread sexual abuse by clergy now publicly revealed.

Of course it is unacceptable to lapse into permissive relativism in questions of sexual ethics but, conscious of my own frailties, I have learnt to be wary of those who crusade on this matter.

A series of legislative changes through the 1990s culminating in amendments to Queensland's anti-discrimination laws in 2002 suggest that, in this matter, it is the state, not the churches, which has given the lead on human rights.

Marriage as an institution in Australia and countless other nations has evolved significantly over recent decades.

No longer is there a black-and-white template for what is meant by "marriage".

Not only are divorce and childless marriages commonplace among the religiously faithful, but there is a widespread trend for marriage to take place without a spiritual blessing and outside church buildings.

These are realities many of us may lament but, in the case of gay marriage, I would welcome the possibility of ceremonies which recognise the place of the divine Love spoken of in ancient scriptures, in that most sacred of loving relationships between two people.

That, for me, simply defines the essence of marriage: a loving, faithful commitment between two people.

To that list, most of us can name members of our extended family and, some of us, ministers of religion.

How cruel and unnecessarily stupid it is to deny them the full blessing of society on their sacred union!

For me, it is simply an ethical no-brainer. Amending the Marriage Act would be evidence of the social compassion every society needs to survive.