Moderator’s message March 2006: Fools for the sake of Christ 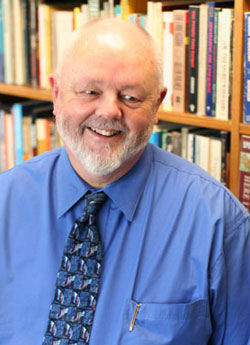 The recent controversy, and accompanying violence, sparked by the publication in many newspapers around the world of cartoons depicting the prophet Muhammad, raises some pertinent questions for reflection by Christians.

It is my personal view (and I accept that there are differing opinions) that the media in general could act with a much greater degree of responsibility in such matters. I do not support government censorship of the press, which does happen in some parts of the world, and which is invariably accompanied by various forms of oppression and injustice.

I do advocate a healthy self-regulation which incorporates common sense and a good measure of sensitivity in relation to issues that could cause unnecessary offence.

The self-righteous defensiveness of the media in response to the violence, and appeal to the freedom of the press, is what we have come to expect. Helping to fuel controversy and conflict and then shrugging off all responsibility is common practice. I doubt that it fools many people because we all know what the real motivation is.

On the other hand, the extensive and prolonged violence that has occurred represents a major over-reaction that almost certainly reflects more sinister behind the scenes attitudes and influences.

What has happened represents a particularly bad outcome at a time when our common focus needs to be on building relationships, understanding and tolerance across international, cultural and religious boundaries.

One dimension of the problem is that in those Muslim societies where religious devotion and national life are strongly identified, there is little understanding of the formal separation of church and state that is typical of secular western nations like Denmark, where just about anything and anyone is fair game for the cartoonist.

We consistently see the church and its clergy caricatured on TV, in the movies, and through the press. Sometimes these depictions are genuinely funny. Sometimes, if we are honest about it, they help us to see ourselves as others see us.

The challenge for Christians, therefore, is to face the challenge of a society (clearly reflected in the media) in which a great many people see the church at best as well-intentioned and benevolent, but quaint and out-of-touch, and at worst as irrelevant, moralistic and hypocritical.

Jesus taught us to be living exemplars of the qualities that are fundamental to the nature of the Kingdom of God: reconciliation, forgiveness, peace-making, true community, humility, servanthood.
What the world so often sees (and the media make sure of it) is disunity, exclusiveness, abuse of trust and judgementalism. The first Christians were noticed because of their devotion to God, their strong sense of community, their generosity and hospitality, and their care for the poor. These qualities of faith and life did not protect them from persecution, but they were noticed for the right reasons.

Mark Twain once said, “Clothes make the man. Naked people have little influence in the world.”
In reality, whether clothed or naked we can still be noticed for the wrong reasons. Paul suggests that we need to put on another kind of clothing altogether.

There’s a wonderful old fable about a very vain Emperor who loved new clothes. However, there was an occasion when he was duped by a couple of tricksters into believing that he was wearing the new clothes they had made for him when, in fact, he was naked. No one was prepared to tell him the truth until he was walking through the city and a little boy called out, “He’s got nothing on!”

Paul has more wisdom for us. He says that it is OK to be seen by others as fools if it is for the sake of Christ, and the evidence that we belong to Christ is seen.

I would suggest that we are very unlikely to be the subject of caricatures and cartoons when those are the qualities most evident in our lives and relationships.