Home > Opinion > On the way, together

On the way, together 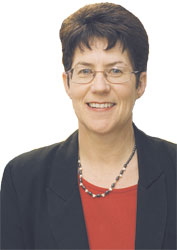 WHEN I was in Year Seven at Moggill State School I started attending the Rays Group at the local Methodist Church.

One evening we played a game in which we were issued five matches each.

We were given the challenge of circulating the hall asking questions.

But the rule was that you could not answer using either “yes” or “no”.

If a person answered using one of the forbidden words they had to give you one of their match sticks.

At the end of the game the people with only a few matches left had them taken from them and given to someone who had tricked the other girls out of their matches.

It didn’t seem like a fair way to end.

For devotions that night we were reminded that life is like that sometimes.

We were reminded of that often quoted, and sometimes misquoted dictum, “To whom much is given, much is required” .

I have often thought that my life has been a bit like that.

I have had many advantages.

I was born in Australia at a time when childhood diseases were mostly preventable.

Our parents loved and nurtured us and encouraged my sisters and me to get a good education.

Mum and Dad had grown up in Christian households and taught us to pray, to be thankful and to ask God’s blessings on all our loved ones each day.

They loved to sing and we learned some of the songs of faith at home and at school.

I attended university for free and by the time I had a sense of call to ministry, women like Rev Dr Norma Spear had already blazed the trail to ordination in the Methodist Church in Queensland just a few years prior to the formation of the Uniting
Church in 1977.

The Uniting Church practised affirmative action before it was fashionable, regulating that, in its first six years, one third of all appointments to Councils would be filled by women.

As I take up the role of Moderator of the Queensland Synod I realise what a privilege it is.

The opportunity to respond to a call to ministry and ordination is not available to women in some other Christian churches.

By and large my colleagues in ministry have accepted me and affirmed me.

Being appointed as the first female Army Chaplain in Australia in 1992 has helped me to build networks and friendships with clergy of other denominations.

I bring to the role a strong pastoral heart and a capacity for listening and seeking to understand the perspective of others.

Nevertheless, I have some firm opinions about some matters that I will bring to the table for conversation.

I like to read biographies because it gives me an insight into how other people deal with the complexity of life and manage
the joy and grief of relationships.

My favourite book of the Bible is the Gospel of Luke because it provides such riches for a preacher.

Not everyone makes meaning of life events in the same way but we can provide an atmosphere that allows discussion
about that.

We have inherited a rich and diverse heritage but we have the freedom to bring a fresh slant on that heritage.

Our witness to Jesus can be given voice in whatever group that we meet.

We have many riches for our pilgrimage together on the way enriching community.