Home > Opinion > Reflecting on marriage and its discontents

Reflecting on marriage and its discontents 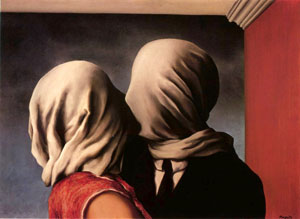 I VIVIDLY remember, a couple of years ago, driving my kids home from school.

My oldest son wanted to listen to Triple M. The music wasn’t great (not enough actual rock), but I went along with it anyway.

To my surprise – it was, after all, mid-afternoon – an ad came on the radio for Naughty but Nice, the popular franchise of adult stores.

The ad itself was fairly discreet, but it was the catch-line at the end that really grabbed my attention:

“Naughty but Nice – keeping couples together!” Nice touch, I thought. Softening the public perception of its tasteless product-range with a warm, conservative message.

But what lies behind this conservative veneer? A very simple idea. Couples, in themselves, can’t sustain anything like the interest and mutual fascination necessary to resist all those lures that entice us in our sex-powered culture.

That’s where Naughty but Nice comes in. By supplementing our drab, boring relationships with something exotic, by providing heat, as it were, from some external source, we can fight off the cold of our libidinal discontents.

I don’t even think we should regard this as a particularly extreme or perverse example. Instead, we are confronted here with a glimpse into the heart of marriage itself.

This vacillation between the heat of sexual passion and the cold of domestic familiarity was brought about by the very detachment of marriage from the economic or familial concerns which it formerly served.

With the modern concept of marriage, the sole basis of marriage is this man and this woman – their free choice of one another.

But there was a trade-off. Writing at the beginning of the 19th century, Georg Hegel suggested that, insofar as the choice of one’s marriage partner is a free one, with no other reason than the fact it is this person, every marriage is a fake.

This free choice is driven by irrational passion, which fades away once the ‘icy winter of domesticity’ settles in.

Far from criticising this new form of marriage, Hegel says that it holds unheard of promise. But a choice must be made.

Once the ‘winter of domesticity’ overtakes the marriage, the couple can either (1) look back nostalgically at the fierce summer of their illicit passion, and try to recover something of its heat through artificial means (maybe a quick visit to Naughty but Nice), or (2) look forward to the emergence of a new, deeper connection between them, one that supersedes the fickleness of their former passion.

Let me use a couple of examples, one from film and the other from fiction, to illustrate these choices.

For the first, take Alfred Hitchcock’s classic film, Vertigo. Scottie (James Stewart) becomes enamoured with a fairly ordinary girl, Judy (Kim Novak), not because he loves her in any meaningful sense, but because he sees something in her.

What he sees in Judy is her raw potential to become his fantasy-woman, the woman of his dreams.

He then sets about transforming her into a look alike of his supposedly deceased lover, Madeleine (also played by Kim Novak).

The implication here is terrifying: Judy holds Scottie’s sexual attention only insofar as she resembles his fantasy-woman.

Judy is, in this sense, merely an incarnation of his fantasy.

And here we have the ugly, violent underside of the Naughty but Nice ad.

When you use a novelty item, or try to recover some long-lost passion, there is a necessary transformation of your partner so that they conform to your fantasy.

You thus reduce your partner to serving a self-indulgent lie.

The opposite scenario is presented in a wonderful passage from Ian McEwan’s latest novel, Saturday.
Henry Perowne, a successful neurosurgeon, reflects on his still sleeping wife during a few inexplicably wakeful hours early one morning:

By contemporary standards, by any standards, it’s perverse that he’s never tired of making love to Rosalind, never been seriously tempted by the opportunities that have drifted his way through the generous logic of the medical hierarchy.

Who else could love him so knowingly, with such warmth and teasing humour, or accumulate so rich a past with him?

By some accident of character, it’s familiarity that excites him more than sexual novelty.

This is Christian marriage at its purest: a relationship that is sustained by hard-won familiarity, not threatened by it.

And isn’t this the most radical commitment of all?

To abandon one’s addiction to novelty and discover toughness of love itself.

Scott Stephens is an author, theologian, and minister at Chermside Kedron Uniting Church