Home > Opinion > The big questions: Where does the bible stop and where do Christmas carols begin?

The big questions: Where does the bible stop and where do Christmas carols begin? 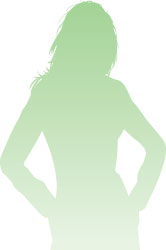 This year Journey explored questions from the pews, namely from a (fictitious) person exploring faith and the Uniting Church.

We seemed to miss some of the minor details in the coming of God to dwell amongst us! (I’d use the term Emmanuel
except some of us spell it Immanuel and now I’m not sure which is correct.)

I thought my table was doing OK with, “Name the animal Mary rode to Bethlehem”.

We were in with a chance on the three kings having brought Frank incense, gold and myrrh.

For sure the little drummer boy (named Noel) turned up with the shepherds and of course Jesus was born in a
stable.

A table of folk from my church won the competition and gave us an earful about “Christmas myths”.

The gospels don’t mention a donkey, a drummer boy or a stable.

However many strange men brought weird gifts, they weren’t kings.

Then these amateur biblical scholars got started on what date Jesus was born, the Roman feast of Saturnalia, Mary’s virginity, Joseph’s fertility and Jesus’ divinity!

It was time to go home via the shopping mall for some last minute Christmas shopping.

I walked through the sliding doors still pondering what I really understood of Christmas.

Having been pooh-poohed by church people I was ho-hoed by Santa, harassed by elves, and completely stunned by tinsel,
announcements and signage.

Purged of my urge to splurge, I headed home.

All I wanted was a few things that couldn’t be debunked or have price tags attached.

What happened to faith, hope and love, not to mention peace and joy?

I was driving when James Taylor came to my rescue with a song, ‘Home by another way’.

The king who would slaughter the innocents will not cut a deal for you.

Perhaps my search for God, who wants to live with me, had taken me to Herod instead of Jesus.

A couple of wrong turns had taken me to the ancient myths and modern cynicism that distract us from what is eternally true about Christ’s Mass.

God chose to come to earth in the form of a vulnerable, impoverished baby.

His mother wasn’t married when she became pregnant, and an angel had to give her fiancé a gee-up so he wouldn’t dump her.

The Son of God was born poor, amidst suggestions of impropriety and spent his first night in a feed trough in a shed.

He could have done it another way: shock and awe, social networking, or slick marketing.

Or he could have left us alone to worship a distant God who has no idea what our lives are like.

God knows who did what, when.

Our arguments about donkeys and wise men distract us from the truth of Christmas.

It doesn’t matter if Jesus was born on 25 December.

God knows the pain of poverty and the terrible effects of stress.

Peace and joy are not found in credit card debt.

It’s time to go home by another way, his way of humility and grace.

Have you enjoyed these columns?