Home > Opinion > Where are our saints and heroes?

Where are our saints and heroes? 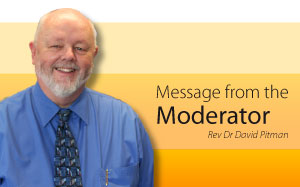 I SUBSCRIBE to The Bulletin as one way of keeping in touch with news and events around the world.

I read the October 10th issue with a growing sense of unease.

It included the following stories: the alarming increase in the number of Australians addicted to methamphetamines (known as “ice”); a crisis within the indigenous community at Maningrida over allegations of sexual abuse; a sad reminder of the terrible and pointless loss of heroic Australian lives during the battle of Passchendaele in Belgium during WWI; the rapidly growing disillusionment in Australia (and other Western countries) over the war in Iraq; a grim reminder in a review of the autobiography of environmentalist, David Suzuki, of the accelerating impact of climate change on our world; and a couple of reflections on the dysfunctional lives of certain well-known celebrities.

I realised afterwards that my unease stemmed in part from a sense of the sheer weight of the problems and challenges identified in one issue of just one journal.

Addiction, abuse, armed conflict, global warming and social dysfunction are the realities we see and hear about every day.

The constant repetition of similar stories is part of the crisis.

We can feel alarmed or sad or angry at any given moment, as the case may be, but it’s all too easy to become increasingly insensitive and indifferent.

The saints and heroes in every generation are those who, because they are alive to God and the movement of the Spirit, remain alert and responsive to what is going on around them and passionate about ensuring that the Gospel is proclaimed and enacted.

Around 140 AD, a baby girl was born to wealthy Greek Christian parents.

They called her Paraskevi. From a young age, Paraskevi embraced the Christian faith wholeheartedly. When her parents died, she sold everything she owned and distributed most of the money amongst the poor and needy.

With the remainder she established a home for young women and widows who had, like herself, dedicated their lives to Christian witness and service.

Inevitably, Paraskevi became the target of those opposed to Christianity.

Formal complaints were made against her. She was imprisoned and tortured.

However, they could not break her spirit or force her to recant her faith.

Eventually, she was released, and she immediately returned to her life of Christian service.

"Let us honour them, pray for them, and demand justice on their behalf."

When there was a further wave of persecution against the Christians, Paraskevi was arrested once more, again subjected to appalling torture, and was finally beheaded, faithful to Christ to the very end of her remarkable life!

In March this year Oscar Munoz, a Christian Pastor in Buenaventura (Colombia), was shot and killed in the street by paramilitary militia as he walked to his home.

Oscar was deeply committed to his congregation and his community. He became yet another victim in a brutal conflict in which church leaders are often targeted because they are active and public advocates for peace, justice, reconciliation and stability.

In his life, and in his death, Oscar Munoz, faithful to Jesus his Lord and Saviour, proclaimed the reign of God.

In recent years many Christian priests and pastors have been murdered in the Philippines, all of them courageous advocates for the poor and oppressed.

These killings have taken place in the context of widespread human rights abuses.

Investigations into the murders by independent groups, including Amnesty International and the Commission on Human Rights in the Philippines itself, point to the direct involvement of the military.

Appeals to President Arroyo have resulted in many promises but very little action.

There has been some publicity recently regarding the public statements of Federal Parliamentarian, Kevin Rudd, who strongly supports the prophetic role of the Christian Churches in contemporary society and their right to hold governments accountable for their policies and actions in relation to matters of justice.

Rudd identifies Christian martyr Dietrich Bonhoeffer as his faith hero and quotes his statement from 1937: “When Christ calls a man, he bids him come and die.”

Here in Australia at this time it is hard for us to grasp the real significance of that declaration.

On the other hand, willingness to die for the sake of Christ is a daily reality for those of our brothers and sisters in the Philippines who have committed themselves to stand with the poor and oppressed.

They are our contemporary saints and heroes. Let us honour them, pray for them, and demand justice on their behalf.