Home > Queensland Synod News > Agents of Change out on the streets

Agents of Change out on the streets 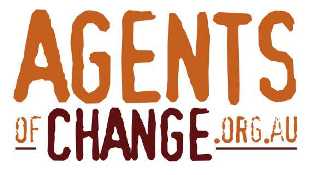 Every year millions of young people around the world spend time at Christian camps, festivals and conferences, taking part in a range of activities from extreme sports to bible studies, small group discussions to Christian rock concerts.

But what happens to those young people when they return to their homes and the euphoria of a week spent in close-knit Christian community fades away?

A growing international trend for such camps and festivals is an ‘action day,’ involving participants spending some time experiencing what it means to put their faith into practice.

Depending on the kind of event and who is doing the organising, this might involve a traditional evangelism mission into a city centre, with participants being confronted with what it means to go out and share their faith in the wider community.

Or it might involve participants getting their hands dirty, taking on practical social or environmental projects for those in need.

The organisers of the Uniting Church in Australia’s National Christian Youth Convention (NCYC) 2007 have embraced the trend, with the concept of ‘mission immersion’ a big part of the original concept of the Perth event.

If the idea seems to fit well within the Agents of Change theme, says Mission Immersion team leader Travis Windsor, that’s because the theme and keynote speakers were all chosen around the primary focus of creating a convention which would offer participants the chance to put their bodies where their ears are.

‘If you look at the traditional format of a youth convention, there’s a lot of listening,’ says Travis. ‘In Bible studies, small groups, even during rallies and nitelife, most of the program is about listening to other people talking. What we wanted for NCYC 2007 was to complement hearing with action.’

Back in 2003, when NSW hosted the biennial NCYC event, participants could choose immersion/reflection electives, learning from those involved in hands-on mission work with people in need.

The structure of the 2007 program has allowed organisers to build on that foundation, with each delegate opting for one of three streams: xplore, journey and engage. At one end of the spectrum, the xplore stream is for those with lots of questions to ask, who may not be committed Christians but want to know more.

The journey stream is for people who want to work through some deeper questions and challenges, while engage is for ‘delegates who are wanting to radically step out and share in the life and work of God in the world.’

Having arrived at the event on the Wednesday afternoon, delegates will already have spent some time within their ‘streams’ and have started developing relationships with others in their small groups before the Friday immersion. S

mall groups will then be matched up to community organisations and church groups for experiences ranging from nursing home visits, a busy bee at a refuge, prison visiting or taking part in a church community day.

While Travis acknowledges the experience has the potential to be ‘fairly in your face’ for the young people involved, the support of the small groups, which will include extensive briefing and debriefing sessions, means there will be a safe place for them to work through their experiences during the remainder of their time at convention.

The day will also give young people the opportunity to develop relationships with the older people who are leading the immersion activities, giving them someone they can call on for support and advice if they would like to get involved in a similar activity back home.

Travis suggests it might also challenge some young people to re-evaluate their assumptions about what happens in the daily lives of people they normally only see in church on a Sunday.

‘It’s about having delegates go home realising that when I say I want to be an agent of change, it’s not just a catchphrase, its part of who I am,’ says Travis.

For more information about NCYC and the mission immersion program, go to HERE or phone 1300 006 292.