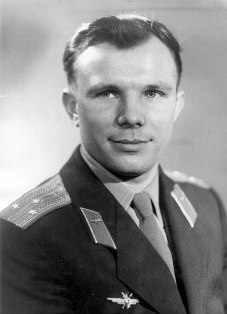 The world’s first person in space, Soviet cosmonaut Yuri Gagarin, publicly advocated rebuilding Moscow’s destroyed Christ the Saviour basilica despite being depicted as a committed atheist by the Soviet regime, a former friend has revealed.

"Like every Russian, Gagarin was baptised – and, as far as I know, he was a believer," said Colonel Valentin Petrov, an associate professor at Russia’s Gagarin Air Force Academy. "Gagarin’s motive was very simple: patriotism cannot be promoted without knowledge of one’s roots."

In an interview with Russia’s Interfax news agency on 12 April, Colonel Petrov said he became aware of Gagarin’s interest in the Christian faith while visiting Moscow’s St Sergius Laura monastery and Church Archaeology Museum on the cosmonaut’s 30th birthday in 1964, four years before he died.

"When we came to the model of the Christ the Saviour church, Yuri looked inside it and then said to me, ‘Valentin, look what a lovely thing they’ve destroyed!’ He kept looking at it for a long time," Petrov added. "Some time after our trip, speaking at the [Communist Party’s] Central Committee plenary session on youth education, Gagarin openly suggested the church of Christ the Saviour should be restored as a monument of military glory and outstanding Orthodox work."

The church was opened in 1883 as a memorial to the defeat of Napoleon in 1812 by the Russian Army. It was blown up in 1931 on the orders of Soviet leader Josef Stalin.

Born at Klushino, near Moscow, Gagarin trained at Saratov and Orenburg, and became the first human being in space on 12 April 1961 aboard his Vostok 3KA-2 spacecraft.

The cosmonaut was often quoted as stating "I don’t see any God up here" after exiting the earth’s orbit, although the remark did not appear in verbatim transcripts of his flight.

In his interview with Interfax, Colonel Petrov said the statement was made, not by Gagarin, but by the then Soviet leader Nikita Khrushchev, during a Communist Party meeting on anti-religious propaganda. "Khrushchev gave the party and Komsomol [the Communist youth organization] the task of engaging in this propaganda and said, ‘Why should you clutch at God? Here is Gagarin who flew into space but saw no God there’," Petrov said.

"Some time later, these words began to be presented in a different aspect. References were made not to Khrushchev, but to Gagarin, who was, indeed, the people’s favourite. Such a statement from his lips could be of tremendous importance. They said few would believe Khrushchev, but everybody would certainly believe Gagarin. But Gagarin never said that – he just couldn’t utter such words."

Gagarin, who made a statement in space praising the Soviet Communist Party as "organiser of all our victories", later toured as a celebrity. He returned to the Soviet space programme after a brief spell as a Supreme Soviet deputy, but was killed when his MIG-15 aircraft crashed near Kirzhach on 27 March 1968.