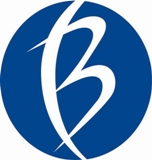 Mt Gravatt resident Ben Dolle has experienced first hand the important and vital role volunteers play in today’s society after he was diagnosed with cancer in 2004.

“I needed to get to radiation appointments and my wife didn’t drive,” Mr Dolle said.

“We had absolutely know idea how I was going to get there and then someone suggested we call Blue Care. Their volunteers drove me to my daily appointments for six weeks.”

Blue Care will celebrate volunteers who give their spare time to support the elderly, people with disabilities and others in need in the community as part of International Volunteers Day this Friday (December 5).

Established by the United Nations General Assembly in 1985, International Volunteers Day is celebrated world wide with a range of initiatives all aimed to highlight the role of volunteers in their communities.

Mr Dolle was so impressed by the service provided by Blue Care volunteers during his treatment that he decided he would also like to become a volunteer.

“I pledged that if I recovered from the operation successfully that I would in turn become a transport volunteer for Blue Care Southside,” he said.

Mr Dolle has fulfilled his promise and volunteers for the service four to five days a week transporting clients to their medical appointments.

“It’s great to be able to give something back to the community and I find volunteering very rewarding and at the same time fulfilling,” he said.

“Nothing is ever too much for him even last minute emergencies. It is a credit to him that he is widely loved and respected by the people he so willingly assists,” Ms Muddle said.

“Mr Dolle’s wife is also a Blue Care volunteer and together they do the local Meals on Wheels run. We would be a lot poorer without volunteers like Mr Dolle.”