Three British churches have renewed their call for the British government not to replace the country’s Trident nuclear weapons system in advance of a parliamentary debate and expected vote on 14 March.

The joint statement by the Baptist, Methodist and United Reformed Churches comes as Britain considers whether to build a new generation of missile launching submarines costing upwards of 20 billion British pounds (US$38.5 billion) over 30 years.

Churches and civil affairs groups have planned at demonstration out the British Parliament on the day of debate and politicians, celebrities and a former Gulf war leader, Major General Patrick Cordingley, expressed opposition from the deck of the Greenpeace vessel Arctic Sunrise moored in the Thames River.

Ann Cox, Methodist secretary for public justice, said: "[Trident’s] power as a deterrent is based on fear, residing in the fact that it is designed to cause indiscriminate harm on a massive scale. It is unthinkable to invest in nuclear weapons when their use will always be unethical."

Graham Sparkes, head of the faith and unity group of the Baptist Union, said "The government has declared its commitment to non-proliferation but a replacement for Trident seriously undermines this aim."

Stuart Dew, secretary for church and society in the United Reformed Church, said "A decision to renew Trident will be counter- productive in negotiating with potential new nuclear states such as Iran. We call on our Government to concentrate on building peace and replacing Trident is not going to further this cause."

Last week the Synod (parliament) of the (Anglican) Church of England passed a resolution "suggesting" to the government that the upgrading of Trident was contrary to Britain’s obligations in international law and the ethical principles underpinning them.

The Archbishop of Canterbury, Rowan Williams, said he regretted the motion was not stronger, commenting, "I don’t believe there is a case for the moral acceptability of nuclear weapons that I could with integrity accept." 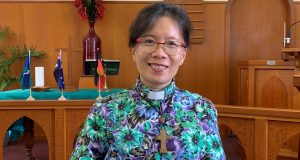 Can you say ‘Peace’ in another language? – Multicultural Queensland Month 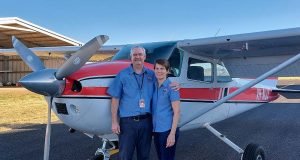