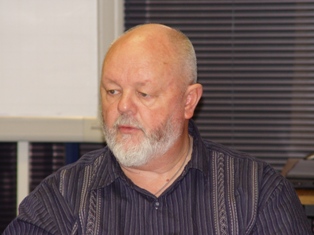 Moderator of the Uniting Church in Queensland Rev Dr David Pitman has responded to a new study which claims that more Australians trust the country’s defence force than its churches, agreeing that Christian Churches have, to a large degree, lost contact with the wider Australian public.

He believes the Queensland University of Technology research, which reported that only 35 per cent of people had confidence in religious institutions, is a salutary reminder that sexual abuse charges against clergy and past treatment of children in church institutions have contributed to the negative perception that many Australians have of the churches.

"While interest in the spiritual dimension of life continues to grow, the decline in church membership and attendance is further evidence that, for many people, the institutional church is no longer the context in which that interest is explored and developed," said Dr Pitman. "On the other hand, there is evidence that people do turn to the church in times of personal and national crisis."

Dr Pitman said that Australians may have confidence in the defence forces, but they also go to church in much greater numbers when they perceive that their lives and lifestyle are under threat.

"This was very apparent in the aftermath of September 11 and on a personal level it happens all the time as people seek to deal with family crises, illness and death."

Dr Pitman said there is widespread ignorance about the enormous contribution the churches make through their numerous programs of community care.

"Most people do not associate the nation-wide networks of care provided, for example, by organisations like Blue Care and Lifeline, or by many of our hospitals, or the support offered to children and families in the remote areas of our country, with the Christian Churches , yet these services are all church based.

Dr Pitman said that UnitingCare, the community service arm of the Uniting Church , enhances the lives of more than one million Australians every year.

"People do trust the church; they just don’t realise it."