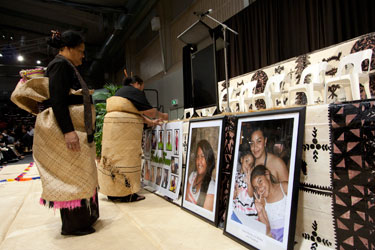 IN THE early hours of 24 August, a house fire in Slacks Creek, Brisbane, took the lives of members of three generations of a family who are associated with the Logan Central Multicultural Uniting Church, in Brisbane’s south. News reports suggest it was one of the worst house fires in Australian history.

Moderator, Rev Bruce Johnson, said it was a sad day for the whole Church.

“It is with deep sadness that we heard the news of the fire that took the lives of eleven people this morning at Slacks Creek,” he said. “We are now aware that this family was related to and closely connected with many of our Tongan clergy and the Tongan and Samoan communities within the Uniting Church.

“Our hearts go out to the extended family and friends as they mourn the deaths of those they loved. Please pray for the many people deeply hurt by this tragedy and pray for those who will provide immediate support and pastoral care.

“In times like this we recall Paul’s words that when one part of the Body of Christ suffers, we all suffer together.”

A prayer vigil held in front of the burnt-out house on Wednesday 24 August saw close to a hundred relatives, friends and neighbours pray with the family.

A community prayer service on 25 August saw thousands of people squeeze into the Logan Metro Sports Centre as people showed their support for the family and the community.

Rev Lu Senituli, a relative of Mr Afu and minister at Bayside Uniting Church, said this event will deeply effect the Tongan and Samoan communities right across Australia for many years. He was honoured to be part of a group of Uniting Church ministers the family asked to go into the property only hours after the blaze to say a prayer for those who perished. Prayers were said in Tongan, Samoan and English.

“We went there and stood at the house,” he said. “After the prayer we noticed that two of the police officers were in tears. We thanked them and they thanked us for allowing them to be part of the prayer.”

One week after the fire and people still keep a constant vigil outside the house, singing hymns and praying, and will most likely do so until funeral details have been finalised.

“This is a powerful reminder of how much we all need each other and it cuts right across cultures,” said Mr Senituli. “When tragedy happens it is indiscriminate, but standing shoulder to shoulder with strangers, supporting the family and the public lament, they formed a community of grief.

“The community is a very resilient one because it is a community brought together firstly, and mostly, by their Christian faith and then by their culture.”

Dr Branjerdporn said hundreds of people have been attending nightly prayer services at the Logan Central Multicultural Uniting Church and around 500 people are expected to attend a service this Sunday, including Governor-General, Ms Quentin Bryce AC.

Photo : Women decorate the front of the hall for the Community Prayer Gathering at the Logan Metro Sports Centre. Photo by Osker Lau