Conservative leaders are still not happy 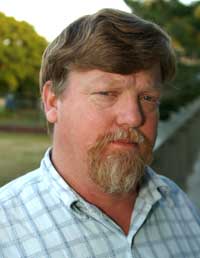 In an open letter to church leaders the Chairpersons of the Reforming Alliance (RA) and Evangelical Members of the Uniting Church (EMU) associations have expressed disappointment at the tone and content of the letters released to the church by the Assembly General Secretary Rev Terence Corkin HERE and the Associate General Secretary Rev Glenda Blakefield HERE.

Rev Dr Max Champion and Rev Stephen Estherby have also said they are disturbed by the failure of the Assembly Standing Committee (ASC) face up to the central issues.

“The matters raised by RA are extremely serious. It would be a pity if the overreaction of Assembly leaders to a fledgling movement being formed by people who are in good standing within the UCA, and have worked tirelessly over many years to try to have the issue dealt with theologically and through the proper constitutional processes, was construed as an attempt to deflect attention from their proper responsibilities.”

The letter from RA and EMU claim the Assembly’s response does not accurately portray the gravity of the issues raised by RA with senior officers of the Assembly and misrepresent the purpose of the proposed Assembly of Confessing Congregations within the UC (ACC).

They claim the letters will create an unnecessary climate of concern and distrust among members of the Uniting Church in Australia.

Among the ten issues of concern raised in the RA/EMU letter is their regret that the ASC will not provide them with recordings made at the 10th Assembly in 2003 and the 11th Assembly in 2004.

They also indicated that the proposed ACC Association of Ministry Workers is committed to working within the UCA by making available to ministers and leaders classical biblical and theological resources which are hard to find in the UCA today, and offer them pastoral care and support where necessary.

The RA and EMU Chairpersons have indicated that despite their concerns representatives of the proposed ACC will be available to meet with the Assembly leadership to discuss the matters raised after its inauguration in October.

The full text of the RA and EMU letter can be accessed HERE.