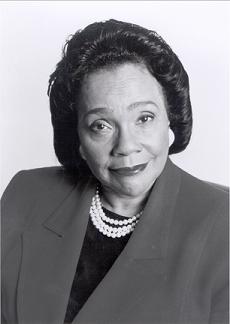 Coretta Scott King, the widow of the Rev. Martin Luther King Jr, is being remembered for her own leadership in the struggle for civil and human rights in the United States and throughout the world.

She was an unwavering advocate of civil and human rights and a champion of non-violence," said the Rev. Michael E. Livingston, the president of the US National Council of Churches in a tribute to King, who died on 31 January in Mexico. She was 78.

King played a notable, if behind-the-scenes, role in the US civil rights movement during the 1950s and 1960s as her late husband – a pastor who began his career at the Dexter Avenue Baptist Church in Birmingham, Alabama – became the most visible symbol of a social movement that had deep religious roots.

After her husband’s assassination in 1968, Coretta Scott King became a leader in her own right, pledging: "I’m more determined than ever that my husband’s dream will become a reality."

Among her legacies was the creation of the Martin Luther King Jr Center for Nonviolent Social Change in Atlanta, Georgia.

In a statement made following her death, US President George W. Bush said, "Mrs King’s lasting contributions to freedom and equality have made America a better and more compassionate nation."