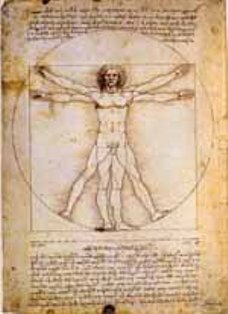 Proceeds from a reported 20 000 British pounds (US$36 640) paid by the Sony Corporation for permitting scenes from the "Da Vinci Code" to be filmed within Winchester Cathedral in southern England last October, have funded an exhibition which responds critically to Dan Brown’s ecclesiastical fictional thriller.

"Cracking the Code", which visitors can see as part of the standard 4 pound admission fee to the cathedral, opened on 24 April and will run until 21 July with a programme of lectures expounding points of the Christian faith and pointing to mistakes in the book which has sold 40 million copies worldwide.

Storyboards in an area filmed invite visitors to consider some of the ideas in the book, such as the role of Mary Magdalene, her purported marriage to Jesus and suggestions she figures in Leonardo’s painting of The Last Supper.

A spokesperson for Winchester diocese told Ecumenical News International the fee included some preparation costs for the filming, the mounting of a subsequent exhibition and educational programme, so it was not possible to give a precise figure.

The Winchester Cathedral Chapter took the decision to allow filming after London’s Westminster Abbey refused a similar request. It explained that the money would help defray cathedral maintenance costs which amount to 6000 pounds daily.

A press statement at the opening said: "We want to offer visitors the opportunity to make their own minds up on The Da Vinci Code, to learn about some of the mistakes in the novel as well as something of the history of the Church, and to understand more about the great spiritual mystery lying at the heart of Christian belief."

In an opening lecture, Professor Michael Wheeler, a lay canon, said the book was "good as a white knuckle narrative of the kind seen in action pictures" but it did not have much to do with religion. The prose was "stilted and often worse" and "even at the simplest level of accuracy, nobody has bothered to check the text for verbal slips".