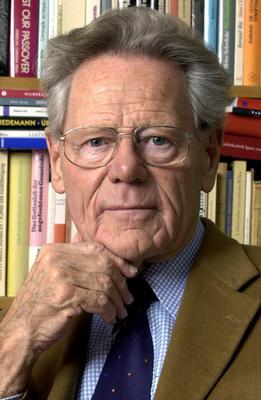 True the dissenting Roman Catholic theologian Hans Kueng was critical of what he said was Benedict’s failure in the encyclical, "Deus Caritas Est" (Latin for "God is Love"), to tackle the issues of justice within the Roman Catholic Church such as the welcoming of divorced and remarried people in the church.

"Pope Ratzinger offers in an objective way a solid theological presentation between Eros and Agape, love and charity, and he is careful to avoid creating false oppositions. It’s a positive sign that I welcome," said Kueng, whose licence to teach Catholic theology was revoked by the Vatican in 1979 after he was critical of concepts such as papal infallibility and the virgin birth.

And, he notes later, "Were this antithesis to be taken to extremes, the essence of Christianity would be detached from the vital relations fundamental to human existence, and would become a world apart, admirable perhaps, but decisively cut off from the complex fabric of human life."

Benedict adds, "True, eros tends to rise "in ecstasy" towards the Divine, to lead us beyond ourselves; yet for this very reason it calls for a path of ascent, renunciation, purification and healing."

As Cardinal Joseph Ratzinger, and prefect of the Vatican’s Congregation for the Doctrine of the Faith, Benedict had a reputation for being a stern authoritarian before his papacy.

Yet, some commentators have seen in the new encyclical an attempt to portray a softer, gentler papacy than critics might have predicted. For John Allen, the veteran Vatican watcher who writes for the US-based National Catholic Reporter, the Pope wants to show that ultimately, the church’s "yes" is to love. "The encyclical," wrote Allen after seeing a draft of the encyclical in advance of its delivery, "is Pope Benedict’s version of ‘compassionate conservatism’."