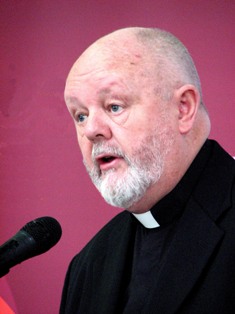 The Moderator of the Uniting Church in Queensland Rev Dr David Pitman has claimed the final payment to indigenous claimants of stolen wages announced this week by the Premier of Queensland is inadequate.

Dr Pitman said the Government, both in its initial response, and now in this latest offer, has chosen to ignore the rights of Indigenous Australians and reject the findings and recommendations of the Senate Committee set up to investigate the matter across the nation.

In 2002, the government set aside $55 million for indigenous Queenslanders whose wages had been in state control and either defrauded or lost, but only $20 million has been paid in claims to around 5,500 people.

“Not only are the payments being offered completely inadequate in comparison with the actual amounts still owed, many Indigenous people legally entitled to compensation are still excluded from the process altogether,” Dr Pitman said.

The Moderator had made a detailed submission to the Senate Inquiry into Indigenous Stolen Wages in July 2006 stating that, “The Uniting Church believes Indigenous people have a unique contribution to make to Australia as the first peoples of this land.”

Dr Pitman said this week’s token payments to a limited number of people represent a completely inadequate response to the scandal of the “stolen wages”.

“In this matter of conscience and justice the State Government continues to abdicate its responsibility to act morally and compassionately.

“Its actions perpetuate the paternalistic and demeaning policies that created the problem in the first place.

“In these circumstances the outrage and distress expressed by Indigenous leaders is entirely understandable.

“They deserve our full support.”

Photo : The Moderator of the Uniting Church in Queensland Rev Dr David Pitman