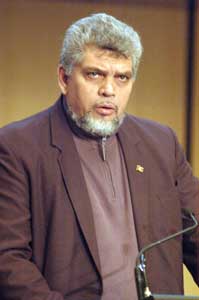 The Uniting Aboriginal and Islander Christian Congress (UAICC) of the Uniting Church has revealed that Government’s statistics on Indigenous child abuse are worse in Victoria than in any other State but yet Indigenous communities in the Northern Territory will still be singled out to endure the Government’s harsh emergency response measures.

National Administrator of the UAICC Rev Shayne Blackman said statistics published by the Australian Human Rights and Equal Opportunity Commission on Indigenous child abuse revealed that Victoria led the nation with the highest number of Indigenous children entering the child protection system with 63 cases per 1000 with the Northern Territory lagging most States with just 13.7 cases per 1000.

“This is suggestive of a Government that ignores its own data on Aboriginal child abuse and would rather enact harsh policy on the residents of the Northern Territory’s visibly high number of Indigenous communities over Victoria’s established towns in the interests of mainstream voter popularity and not on real priority.

“We welcome positive intervention to curb child abuse in any region but in a manner that respects Indigenous rights and responsibilities, but when the Government is willing to ignore its own statistics and use the Northern Territory as an easy scapegoat for addressing Indigenous child abuse in an election year, one must question their real motives.

“Abuse, in particular child abuse, is just one of a series of symptomatic societal crises in Indigenous communities resulting from a legacy of failed policies and I urge the Government to ignore populist policies and temporary solutions to work collaboratively with all stakeholders to address the root causes of what gives rise to abuse in the first place.

“In the interests of equality and justice I call upon the Government to reassess its approach” said Mr Blackman.