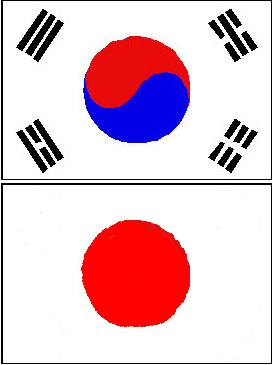 Korean theologian Hyun Kyung was brought up to see Japan an enemy but now says she can forgive the nation which once colonised her country.

"I cannot forget the Japanese colonialism, but I can forgive this nation," she said speaking during a lecture tour of Japan that took her to Tokyo and other major cities.

An associate professor of ecumenical theology at New York’s Union Theological Seminary, teaching under the name Chung Hyun Kyung, she describes herself as an eco-feminist, but says she prefers to no longer use her father’s family name Chung.

In a sermon at Tokyo Union Church during her tour she described the visit to Japan as "a very hard journey for me, because Koreans and Japanese had a very, very painful history". Japan ruled Korea as a colony from 1910 until the end of the Second World War in 1945.

Many Koreans were killed by Japan and many women sexually abused by the Japanese military, she noted. "We had heard about the Japanese being almost like a devil; a people with horns and tails, imperialist, cruel, selfish, and economic animals."

Hyun Kyung’s first visit to Japan was in 2000 when she visited Hiroshima on the anniversary of the dropping of the atomic bomb on the city in 1945.

"I’m a Christian, and I was not ready either to forgive or love Japanese," she said. "I have a very different view on Japanese now. The ordinary Japanese people I witnessed on the street were very tired, very lonely, and had a lot of pains."

She added, "In a sense, I have a lot of compassion with them as they are victims of the Japanese political and economic system. But they are responsible for having chosen to be that way."

In an interview shortly before she left Japan, she told Ecumenical News International that on her next visit to Japan she wanted to discuss with Japanese women how they can "speak out their anger and change the world". And she wants to get involved with Japanese "alternative citizens’ movements for an inclusive society".

"Japan’s advanced capitalistic globalisation doesn’t make either you or the earth happy," she said. "From this highly developed country, we have to learn a lesson on what makes a good life and what makes humans really human."

Hyun Kyung came to international prominence at a World Council of Churches’ assembly in Canberra in 1991.

In a keynote speech she evoked in traditional Korean style the spirits of people martyred and murdered, and linked them to the Holy Spirit. The presentation was welcomed by some delegates, but outraged others – particularly Orthodox officials – who accused her of paganism and syncretism.