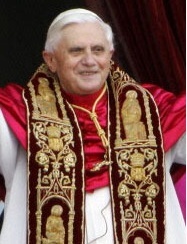 World Youth Day is the largest youth event in the world.

“We needed a site that could accommodate up to 600,000 people and get them to and from that site as smoothly as possible,” said Cardinal Pell, who chairs the World Youth Day 2008 Local Organising Committee.

“Up to 300,000 pilgrims will walk to the site on Saturday for an overnight Vigil with Pope Benedict and a sleep-out under the stars.

“As many as 300,000 more are expected to arrive the following morning to hear His Holiness celebrate the Final Mass.”

“We needed to find a site that could deliver the best quality outcome for the largest number of people,” he said.

Cardinal Pell said that after much consideration, Randwick was deemed to provide the best combination of space, uninterrupted sight lines and transport links.

“We wanted as many people as possible to see the Pope directly; Randwick offers this opportunity to 400,000 people while another 200,000 or more can be part of the Final Mass in Centennial Park via video link.

“Getting people to and from the site in large numbers was also crucial; the proximity of city railway stations – from where the traditional pilgrimage on foot will be made – means that people can move to Randwick Racecourse at the rate of 70,000 per hour.

“While there may be larger sites in Sydney, none could transport people at anything like that rate,” he said.

Cardinal Pell said Randwick also had the highest minimum temperatures of any site considered, an important factor for the Vigil and sleep-out.